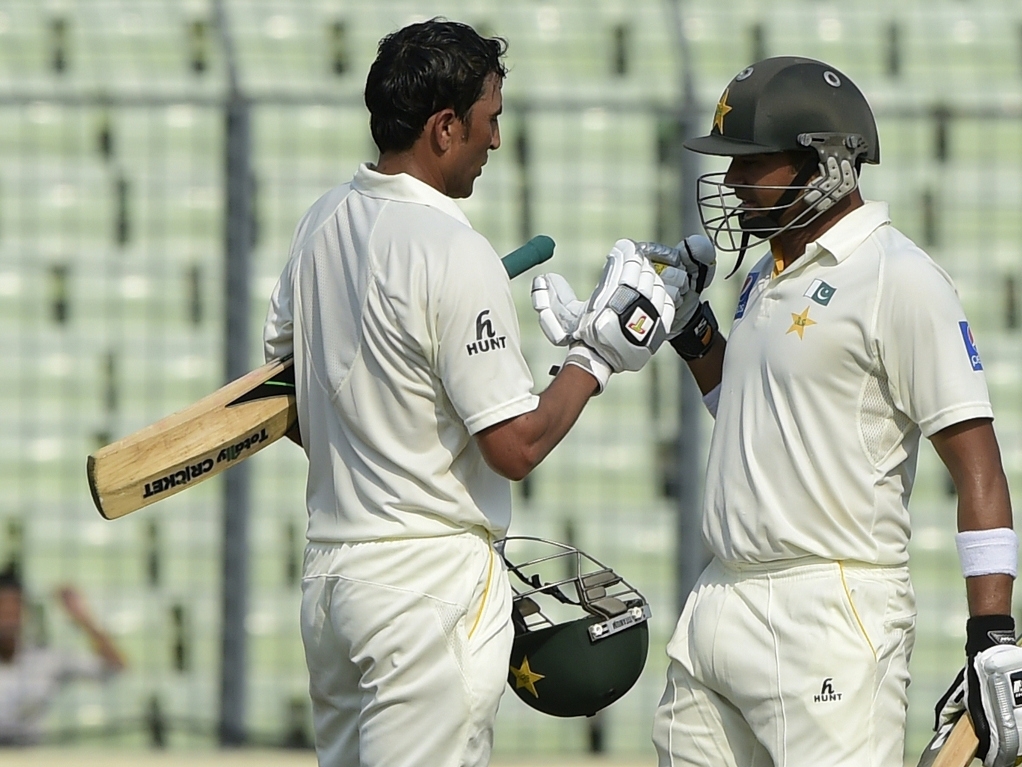 Pakistan took advantage of an injury to one of Bangladesh's key bowlers, and rode their luck, to rack up a score of 323 for three on Day one of the second, and final, Test against the Tigers in Mirpur on Wednesday.

Azhar Ali and Younis Khan struck centuries as the visitors made a strong start in their bid to win the Test series after going down in the ODI clashes in what has been a miserable tour so far.

Their plight was made that much easier when, with the second ball of the match, Bangladesh fast bowler Shahadat Hossain took a tumble in his delivery stride and had to leave the field for treatment. Reports suggest that he will not bowl again in the match.

Shahadat was only in the starting team because of an injury to fellow seamer Rubel Hossain and as he was one of only two fast bowlers in the Tigers final eleven, it left the home side short of a paceman to bowl with the new ball , after Tigers skipper Mushfiqur Rahim won the toss and chose to field.

Added to the fact that both Azhar and Younis were caught off no-balls early in their innings, one could easily see why the home team would want to forget this day.

After the injury to Shahadat, the day started decently for the hosts when they got rid of openers Mohammad Hafeez (8) and Sami Aslam (19) in the morning session to leave Pakistan at 38 for two.

However it was always going to be in the middle session, when tiredness kicked in that the Tigers would suffer – and feel the need of their injured bowler – and Azhar and Younis certainly made them pay.

Azhar hit his eighth Test century to be unbeaten at the close on 127 while Younis was out just before stumps were drawn for 148, his 29th Test hundred for Pakistan, as the pair put on 250 for the third wicket.

Lone seamer Mohammad Shahid toiled manfully all day for the hosts and was rewarded with the wickets of Hafeez and Younis. Left-arm spinner Taijul Islam took the other wicket.