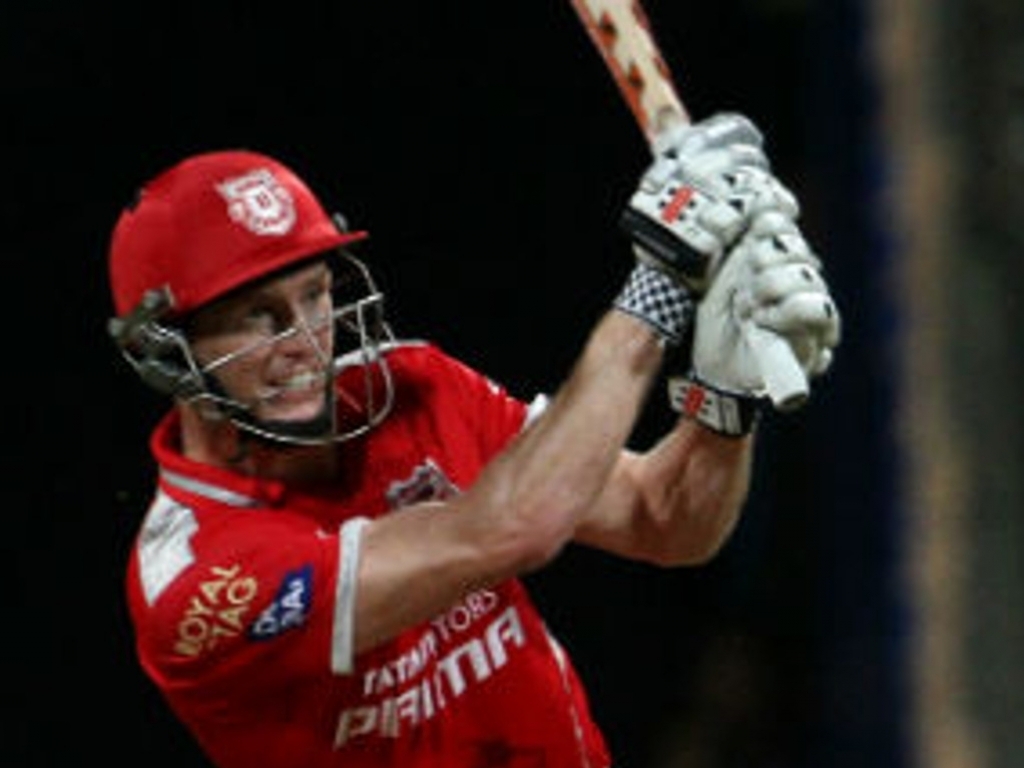 The Kings XI Punjab were ably led by George Bailey against the Mumbai Indians, and his half ton ensured there were enough runs on the board as they won by 18 runs on Sunday.

KXIP recorded 177 for five in their 20 overs, with Bailey's 61 the driving force, before their bowlers backed it up with a solid effort, Mumbai making just 159 for seven.

Mumbai won the toss and chose to field, but their opening bowlers were unable to find the wicket they needed. KXIP put on 60 for the first wicket, with India openers Murali Vijay and Virender Sehwag doing well.

Both made mid-30 scores, before both beng bagged by veteran spinner Harbhajan Singh. Glenn Maxwell was out cheaply for seven, leaving Bailey and David Miller to keep the runs coming.

Miller added 24 to the total off 23 balls, while Bailey freed his arms at the other end. His 61 not out came off just 32 balls, and ensured a defendable, and ultimately winning, score.

Mubai's chase was poor from the start as they lost Rohit Sharma for a duck in the first over. He was soon followed by Aditya Tare and Aaron Finch, neither of whom could record double figures.

Kieron Pollard, down at six, was the first batsman to pass 20, and even he couldn't do more than that, out to Axar Patel. Corey Anderson had also fallen to said bowler, for five.

Harbhajan and Jagadeesha Suchith tried to get the remaining runs, but with more than 100 required with only seven overs to go, not even Bhajji's half ton could save the day.