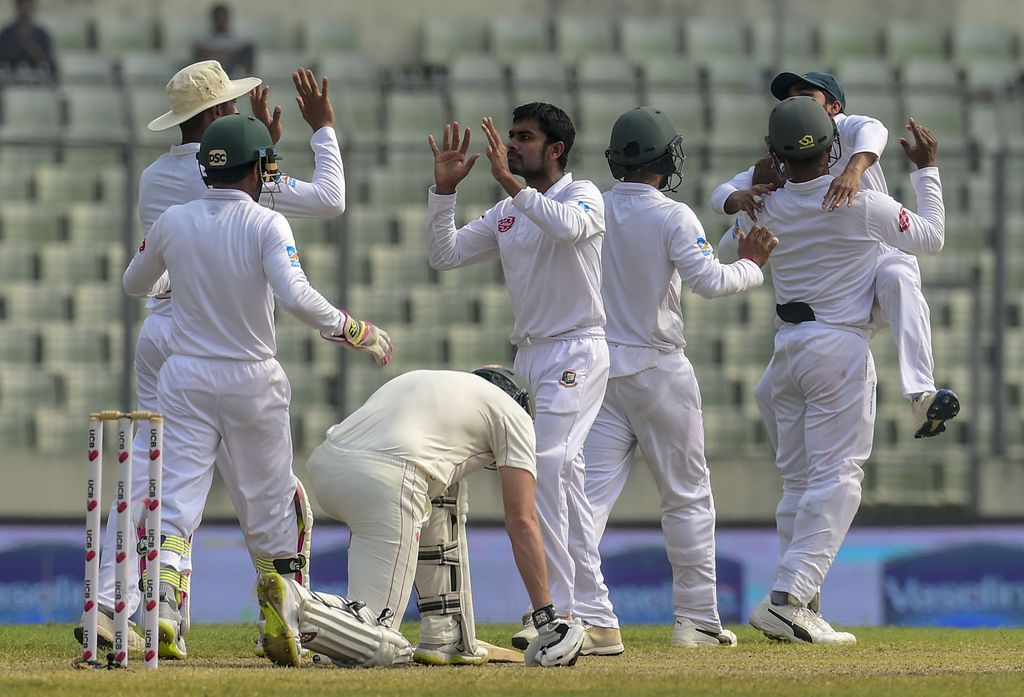 Bangladesh secured a draw in the two-match Test series against Zimbabwe when they beat the visitors by 218 runs in Dhaka on Thursday.

Chasing an improbable target of 443, Zimbabwe were bowled for 224 in the second session on the final day to hand the hosts a big win.

Resuming on 72/2, Zimbabwe were bamboozled by the Tigers’ slow-bowlers with off-spinner Mehedy Hasan claiming figures of 5/38 in 18.1 overs.

Only Brendan Taylor stood firm for the tourists with an unbeaten knock of 106, his second century of the game after his 110 in the first innings.

In the process, Taylor became only the third Zimbabwe batsman to score two tons in the same Test after Andy and Grant Flower.

No other batsmen from the visitors could support Taylor as the next highest score in the innings was 43 by opener Brian Chari, who was out late on day 4.

The home side declared the first innings on 522 for seven with Mushfiqur Rahim hitting an unbeaten 219 and then declared their second innings on 224 for six.

Zimbabwe were bowled out for 304 in their first innings with the home team’s left-arm spinner Tajiul Islam bagging five wickets.

The visitors won the first Test by 151 runs in Sylhet.