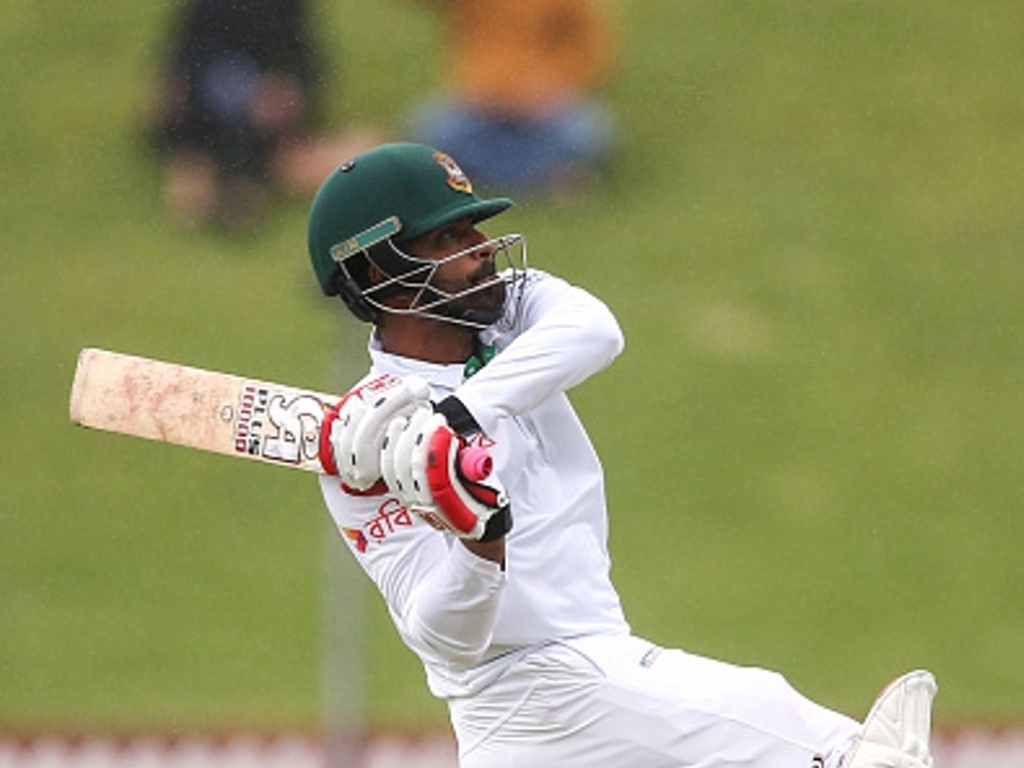 Bangladesh made a promising start to the first Test against New Zealand at the Basin Reserve reaching 154 for 3 in a day marred by rain interruptions.

Only 40.2 overs could be bowled on a stop-start day of cricket in Wellington but Bangladesh made an excellent fist of being competitive on a green pitch.

Tamim Iqbal came out with intent, playing his natural game after losing opening partner Imrul Kayes early with Tim Southee having him caught on the hook.

Tamim blasted 56 runs off just fifty balls including 11 fours before he was trapped leg before by Trent Boult to leave Bangladesh 60 for 2.

Monimul Haque (64 not out) played a measured innings and at one stage Bangladesh were moving towards taking control of the Test when Mahmudullah joined him and moved the score to 145 for 2.

Mahmudullah (26) couldn’t resist a wider delivery from Neil Wagner who lured him into the shot with an inswinger the ball before and a thick edge flew through to BJ Watling who took a great diving catch to leave Bangladesh 145 for 3.

Shakib-al-Hasan joined Monimul and they moved the score to 154 for 3 when bad light stopped play.

Shakib received a slice of luck in what proved to be the penultimate over of the day when he was dropped by Mitchell Santner off the bowling of Wagner.

Bangladesh will be eager for Monimul to score his third Test century against New Zealand when play resumes tomorrow with the forecast more positive than today.