Bangladesh on top after see-saw day 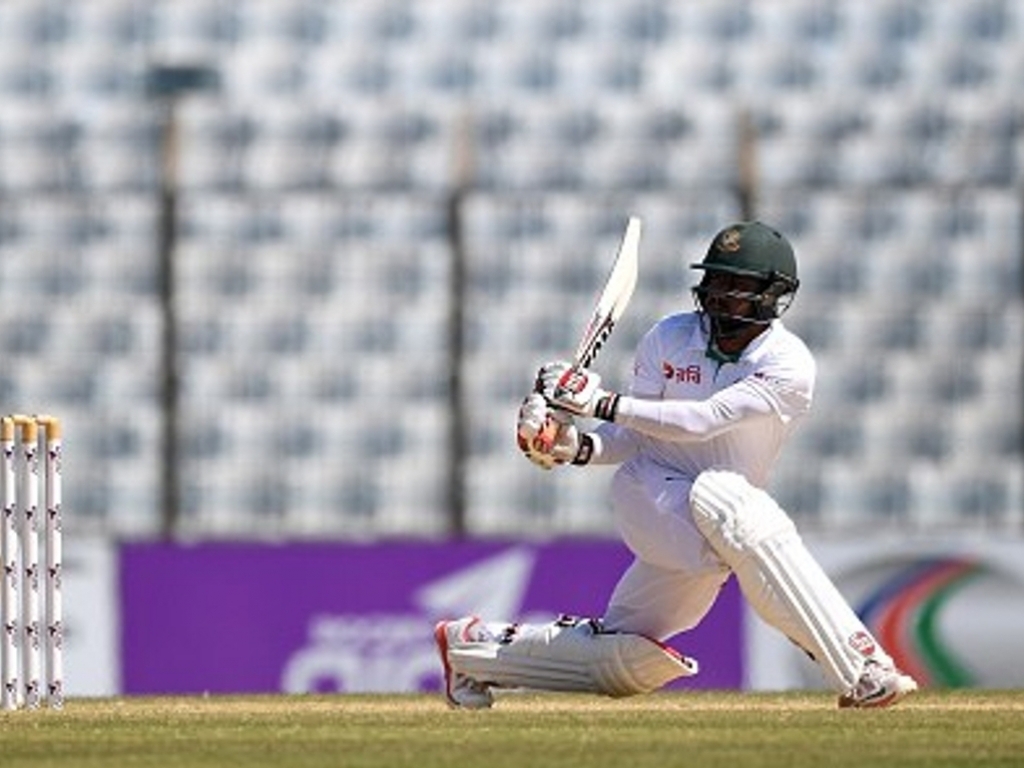 On an action packed second day, Bangladesh moved into a position they will be more than happy with reaching 152/3 by the close of play in Mirpur after an unbeaten half century from Imrul Kayes.

The Tigers earlier managed to bowl England out for 242 although at one stage it looked like the tourists would be skittled for much less.

England resumed on 50/3 this morning and would lose five wickets in a disastrous first session where Mehedi Hasan tore into the middle and lower order.

The Three Lions reached 168/8 by lunch with Joe Root’s 56 the only contribution of any note from the top order of the visitors.

Along the way Mehedi became the first Bangladesh bowler to take five fors in his first two Tests.

Taijul Islam would get the vital wickets of Root and Ben Stokes who went for a duck just an over after Mehedi had accounted for Moeen Ali.

Chris Woakes (46) and Adil Rashid (44 not out)  came to England’s rescue with the bat putting on 99 for the ninth wicket.

Woakes became Mehedi’s sixth victim though and Steve Finn didn’t last long after that as England ended on 244 all out with a 24 run lead.

Tamim Iqbal and Kayes quickly erased the deficit and would put on 65 for the first wicket before the former departed for 40 becoming Zafar Ansari’s first Test victim.

Bangladesh took the game to the English bowlers attacking the green spin options of the visitors and scoring at five runs per over by the close.

Stokes removed Monimul Haque not long after and it looked like England may make inroads into the Tigers batting lineup but Kayes and Mohammad Mahmudullah would come within one ball of making it safely to the close.

Mahmudullah (47) fell on the last ball of the day as Ansari claimed his second wicket.

Kayes will resume tomorrow on 59 with Bangladesh 128 runs in the lead with seven wickets in hand.