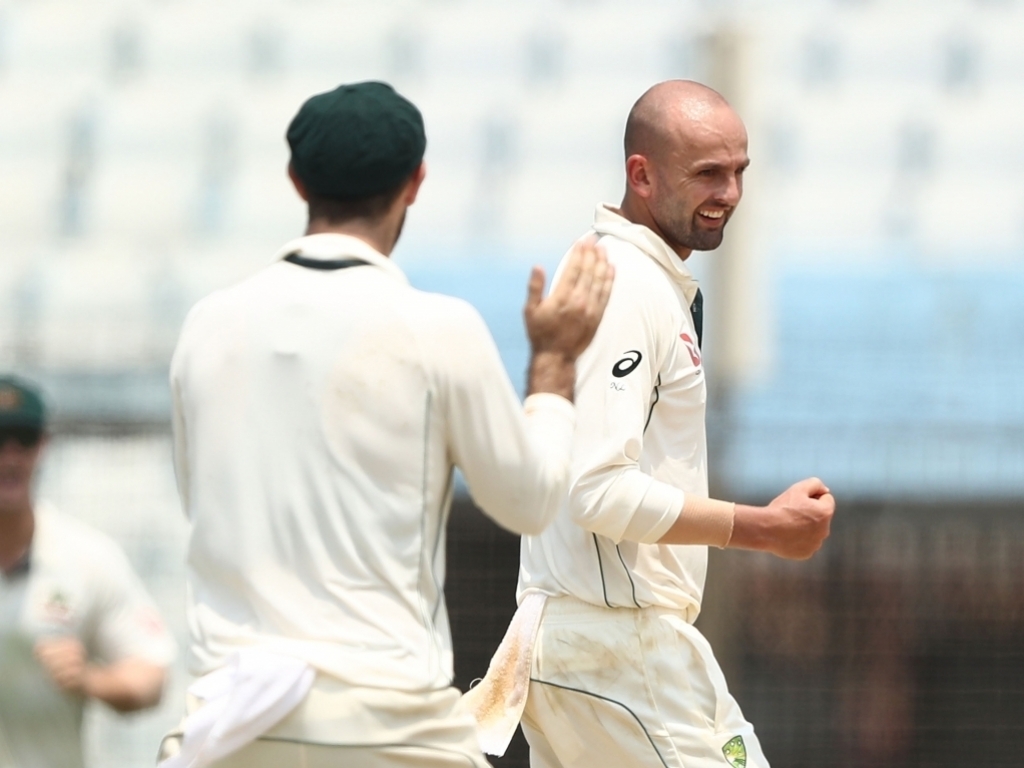 A century stand for the sixth wicket between Mushfiqur Rahim and Sabbir Rahman rescued Bangladesh after Australia spinner Nathan Lyon went on the rampage on day one of the second and final Test in Chittagong on Tuesday.

The Tigers were on 253/6 at stumps with captain Mushfiqur unbeaten on 62 and Nasir Hossain 19 not out, the two will try an build on their 31-run partnership on the second morning.

Lyon, who opened the bowling, finished the day with figures of 5-77 from 28 overs after capturing the first four Bangladesh wickets to fall, all lbw.

The off-spinner had Tamim Iqbal (9) and Imrul Kayes (4) trapped in front early before Soumya Sarkar and Mominul Haque added 49 for the third wicket.

Lyon though struck on the stoke of the lunch as Sarkar was out for 33 to leave the Aussies the happier of the sides after the first session as the hosts were 70 for three at the interval.

Not long after the break Mominul played back and missed a straight one off Lyon to go for 31 while left-arm tweaker Ashton Agar got the big wicket of Shakib Al Hasan (24), caught behind, to leave the home team in a spot of bother at 117/5.

Mushfiqur and Sabbir rebuilt the innings with the latter being the more aggressive of the two, Sabbir going to his fifty off 62 balls while the skipper was more patient going to his half-century off 124 deliveries.

Just when it looked as if the Tigers had wrestled back the initiative on the first day, Lyon had Sabbir stumped by Matthew Wade for 66 nine overs before the close, the valuable stand worth 105 coming to an end.

Australia need to win the Test to salvage a draw in the two-match series.