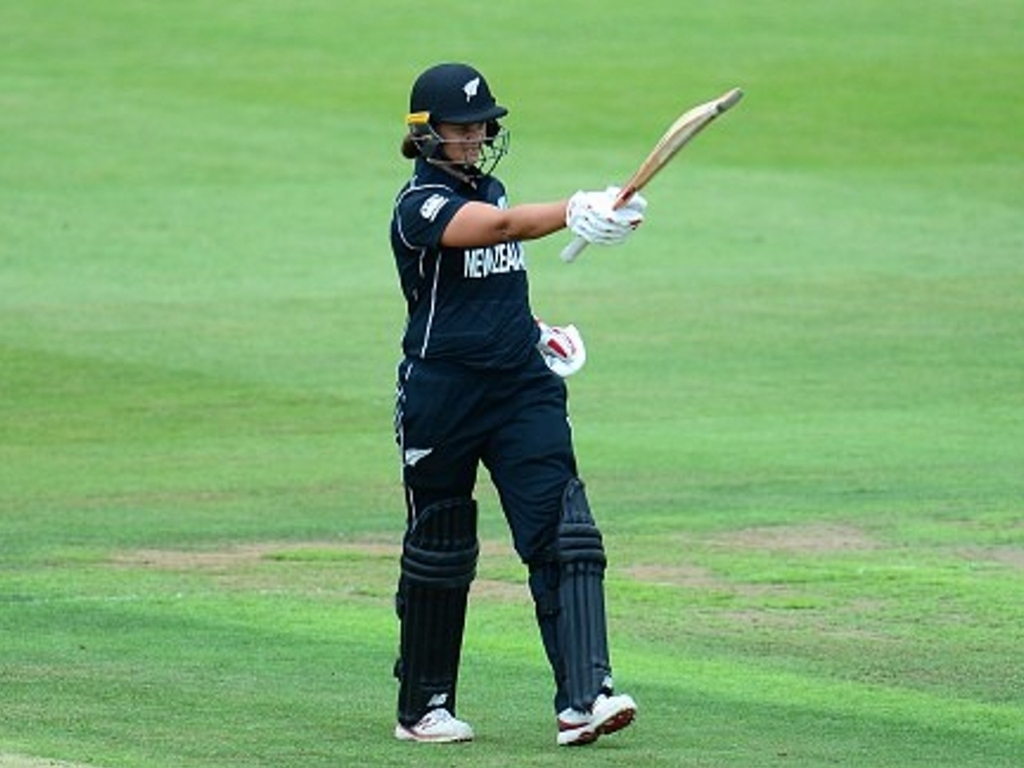 An unbeaten fifty from Suzie Bates and a combined effort by the bowlers powered New Zealand Women to a 42-run win over Pakistan in the third T20I at the Sharjah Cricket Stadium on Sunday.

New Zealand have extended their series lead to 3-0 in the four-match series.

New Zealand overcame a top-order failure, having won the toss and elected to bat, riding on Bates’ unbeaten 65 to post 126 for 4.

Their bowlers led by Hannah Rowe’s 3 for 18 did well to defend the modest total as Pakistan was bowled out for 84 in 19 overs.

New Zealand didn’t have the best of starts losing Sophie Devine to Natalia Pervaiz in the second over.

Pervaiz struck again in her next over to remove Maddy Green cheaply, and New Zealand slipped to 31 for 3 when Amy Satterthwaite was run out for eight.

Bates took control and steadied the innings adding 57 for the fourth wicket with Katey Martin (25) and then putting on an unbroken 38-run fifth-wicket stand with Katie Perkins (14 not out).

She brought up her second successive fifty along the way, her 57-ball knock studded with three fours and two sixes.

But their batting woes resurfaced when Devine dismissed Ameen in the fifth over to trigger a collapse that it failed to recover from.

Pakistan lost all ten wickets for the addition of only 45 runs with Rowe doing bulk of the damage. Amelia Kerr, the leg-spinner, chipped in with a miserly 2 for 8.

The teams meet again on November 14 at the same venue for the fourth T20I.