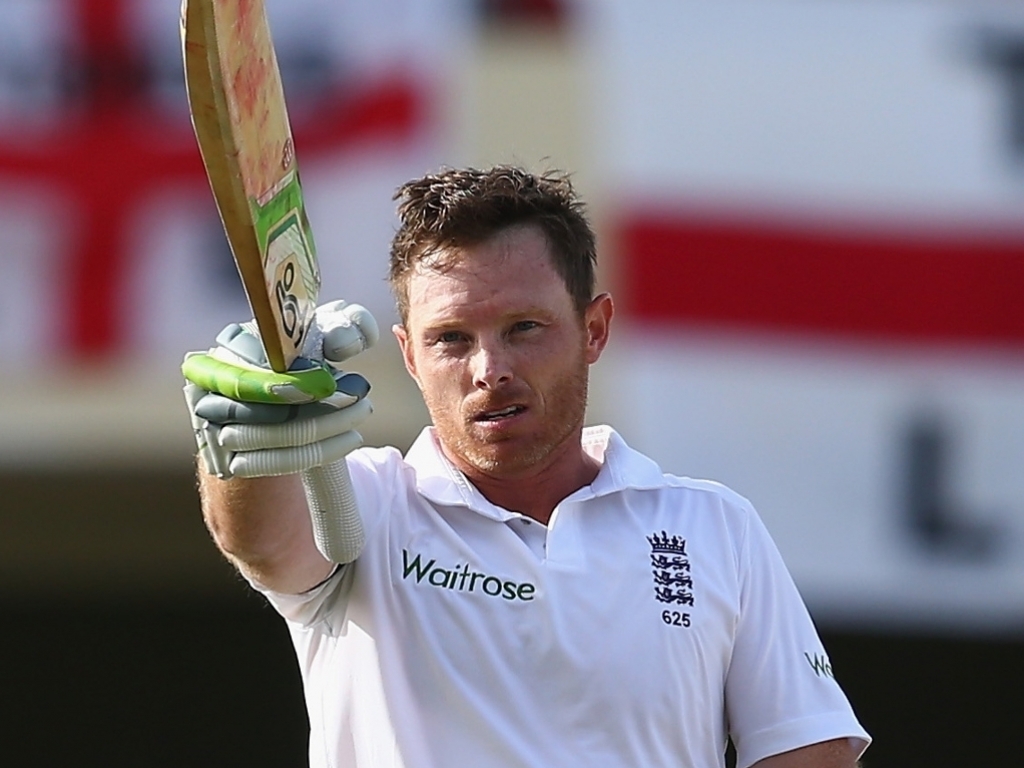 England made a stuttering return to the Test arena on Monday, with day one against the West Indies in Antigua threatening to go to the dogs before being saved by an Ian Bell century.

England struggled in the morning session, losing three very early wickets and making less than 50 runs in the session, but by the close of play they had recovered to 341 for five thanks to a 177-run stand between Bell and Joe Root.

Bell made a valuable 143 off 256 balls, spanning nearly the entire day, but was unable to reach stumps, caught behind off Kemar Roach in the penultimate over. At stumps, Ben Stokes was on 71 not out, and James Tredwell yet to face a ball.

The Windies had won the toss and opted to bowl, which seemed an odd choice on a good battin deck. But it paid off early on, as they struck three heavy top order blows.

Jonathan Trott was tasked with opening the batting, his first foray in the Test side since leaving the Ashes in late 2013 due to mental stress issues. It was not a happy return though, as he was out for a second-ball duck, edging Jerome Taylor to the slips.

Skipper Alastair Cook, also under immense pressure to score some runs after a very poor 2014, was also unable to find his feet. He made just 11 runs before being bowled by Roach, catching an inside edge onto his stumps.

The third wicket to fall in the morning, just before a short rain beak and the score barely in the 30s, was Gary Ballance. He too caught the outside edge, this time off Jason Holder, leaving Bell and Root to save the day.

The pair saw the session out slowly, but after lunch they were much more fluid and the afternoon saw more than 100 runs added to the tally. Bell's half ton came off 96 balls, while Root's came off 99.

They kept pace with each other and Bell was in the 80s when Root was removed for 83. He was bowled by Taylor having faced 133 balls, though he'd done the job well to see them past the tea break.

The evening session belonged to England too, as Bell recorded his century and Stokes repaid his fans' faith by getting some runs on the board. After the string of ducks he made in 2014 Tests, his 71 was a welcome sight for all except the Windies' bowlers.