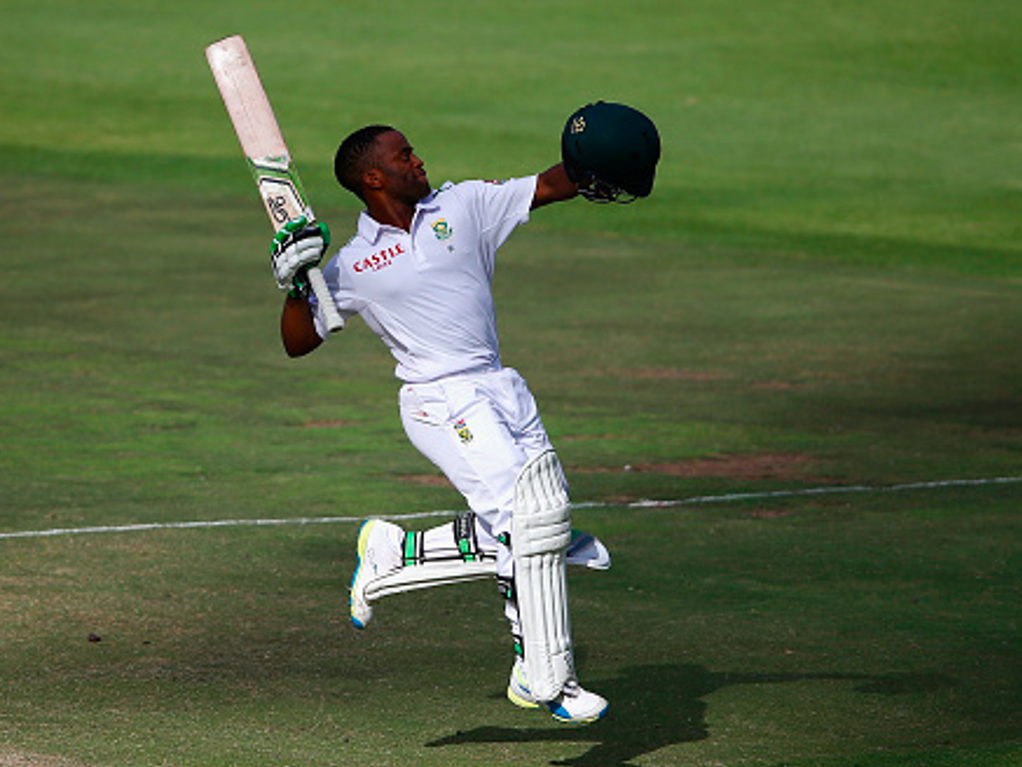 A maiden Test century from batsman Temba Bavuma on day four of the second Test against England was special enough in itself, but combine it with the historical facts, it ensured the Proteas took the day.

Bavuma became the first black South African to score a Test century, as he made 102 not out before the Proteas declared on 627/7 six overs before stumps. Skipper Hashim Amla, meanwhile, had made 201 earlier in the day.

The Proteas declared still two runs behind, having batted for two days, looking to have a dart at England. Alex Hales and Alastair Cook saw out the day easily, as the Test meandered to what should be a draw.

Amla and Bavuma weren't the only notable players on the day, as debutant all-rounder Chris Morris also did well, scoring 69 in his first Test knock. He and Bavuma put on a stand of 167 for the seventh wicket, the third century stand of the innings.

The day began with the Proteas aiming to bat for as long as they could, in order to force a draw after Ben Stokes' heroics on day two. Amla was already on 157 overnight, while Faf du Plessis was on 51.

The pair continued without trouble in the morning, and got to lunch unscathed. Amla was on 200 at the break, his fourth double ton, while Du Plessis was on 81. The stand ended soon after the restart though.

Amla was removed by Stuart Broad for 201, clean bowled, after England's fielders spent the day dropping most catches that came their way. Du Plessis was not as lucky, and Stokes took the catch to remove him for 86.

With Quinton de Kock out for single figures at around the same time, the Proteas suddenly looked a bit vulnerable, having lost three wickets for 10 runs, but Bavuma had no desire to defend at all costs.

Despite a barrage of abuse from bowler Stokes, Bavuma played his shots and quickly reached a half century, hitting boundaries with regularity. He struck 11 fours in his 50, which came off 52 balls.

Morris was just as impressive on the other end, and his half ton came off 86 balls. More sedate, but equally important, given the criticism around his selection, and then his lacklustre bowling.

Morris was out for 69 though, caught by Joe Root off Steve Finn. Bavuma was on 93 at the time, but showed no nerves as he quickly brought up his maiden ton. It was a streaky edge through the slips, but no-one cared as the emotions flowed, especially from his father watching from the stands.