Black Caps and Proteas all square 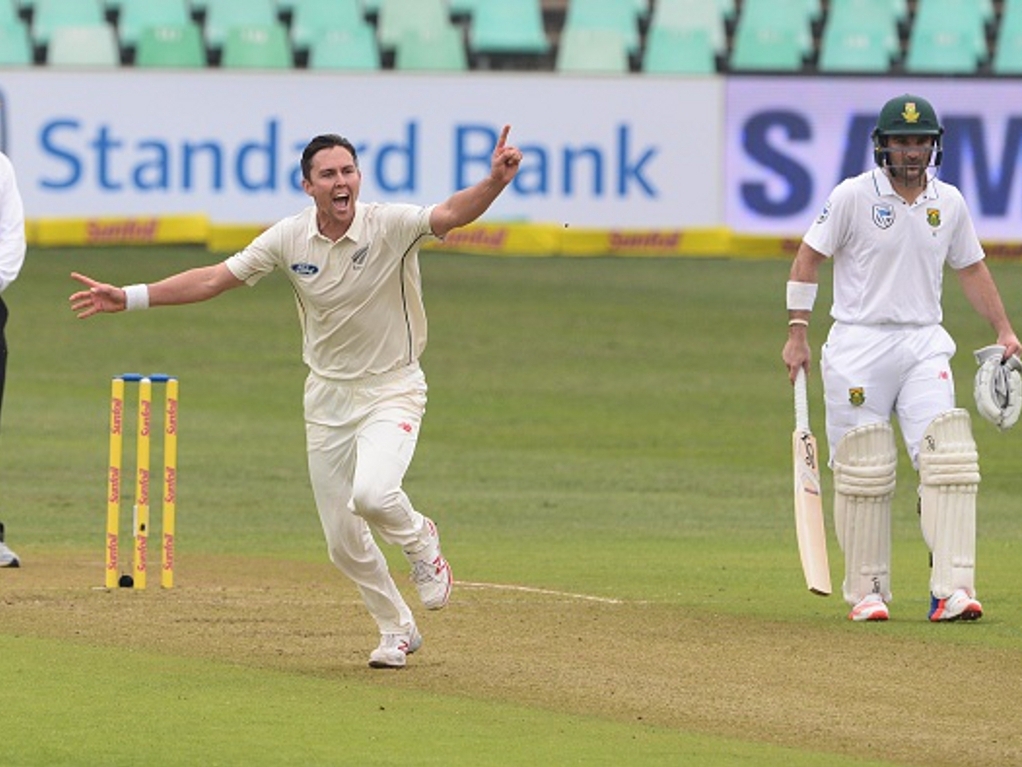 South Africa and New Zealand are locked in an enthralling battle which is evenly poised on day one, SA were 236/8 after 77.4 overs when bad light stopped play.

On a day that ebbed and flowed, South Africa squandered opportunities to get on top of their visitor's as a combination of poor shot selection and the occasional great ball saw them lose wickets steadily on the opening day.

South Africa won the toss and elected to bat first.

Stephen Cook and partner Dean Elgar fell two minutes short of surviving the first hour of the Test. Cook (20) got an absolute peach of a delivery from Trent Boult and was caught behind by BJ Watling with the score on 33.

Three overs later Elgar (19) threw his wicket away with an unnecessary drive off Doug Bracewell, the left hander threw his bat at a ball he should have left alone and offered a simple catch to Martin Guptill in the slips.

Hashim Amla was at his fluent best, while JP Duminy struggled as the pair put on 61 for the third wicket.

Duminy played a very poor pull to be caught at fine leg for 14, leaving the Proteas on 102 for 3.

A few overs later, Amla (53) could not be faulted for his dismissal as he was undone by a brilliant ball from Boult, it nipped in late and took the inside edge through to the keeper.

Skipper Faf du Plessis and Temba Bavuma put on 54 for the fifth wicket. Du Plessis fell victim to a brilliant catch from opposing skipper Kane Williamson as Neil Wagner picked up the second of his three wickets. Du Plessis has scored just one fifty in his last 14 Test innings and will surely be starting to feel the pressure.

Quinton de Kock blazed 33 off 33 balls but fell victim to his own hyper-aggresive style to leave South Africa 208 for 6.

Bavuma was trapped leg before by Santner soon after just 4 short of a half century, he reviewed the decision, while the ball appeared to strike him outside the line, it was close enough to fall into the margin of error allowed and the on-field decision stood.

Vernon Philander (8) fell to a nothing shot giving Wagner his third before Kagiso Rabada and Dale Steyn survived a nervy spell. Having been offered the light the pair gartefully accepted.

Wagner finished with figures of 3 for 47 but Trent Boult produced two excellent deliveries for his 2 for 42.