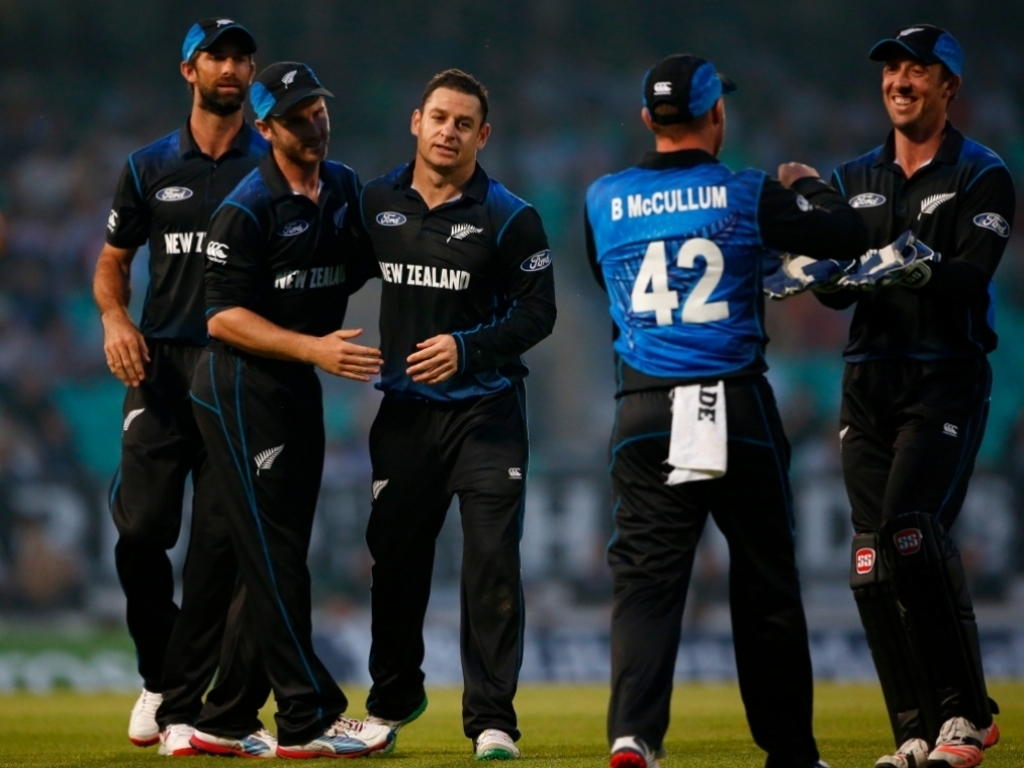 New Zealand put the thrashing they received in the first ODI to one side as they beat England by 13 runs, on the D/L method, in a thrilling match at the Oval to level the five-match series at one-all.

The Black Caps, who conceded a record total of 408 on Tuesday, batted first on this occasion and piled on the runs as the England bowlers got some of their own medicine.

Ross Taylor, batting at number four, was immense for the visitors as he powered his way to 119 not out off just 96 balls as New Zealand posted a mammoth 398 for five in 50 overs.

Taylor was well supported by Kane Williamson, who scored 93, and opener Martin Guptill who hit exactly 50 while Brendon McCullum, Grant Elliott and Luke Ronchi all hit quickfire scores in the thirties.

England, who were on a high after their record-breaking show at Edgbaston, did not sit back and let the Kiwis dictate matters in the field. They went for the target, and they went hard.

Jason Roy (39) and Alex Hales (54) put on 85 for the first wicket, but both fell just as they were getting on top of the bowling.

England skipper Eoin Morgan looked fluent as he scored 88 off just 47 balls and as long as he was still at the crease England would have felt confident of getting the score.

But he fell with just more than 100 runs needed and walked off with all England's hopes back to the dressing room. At that stage the home side were 274 for six after 35 overs.

Liam Plunkett and Adil Rashid provided a late rally, either side of a rain delay that reduced the game to 46 overs, with a partnership of 76 for the eighth wicket but it was not enough as the home team ended on 365 for nine.