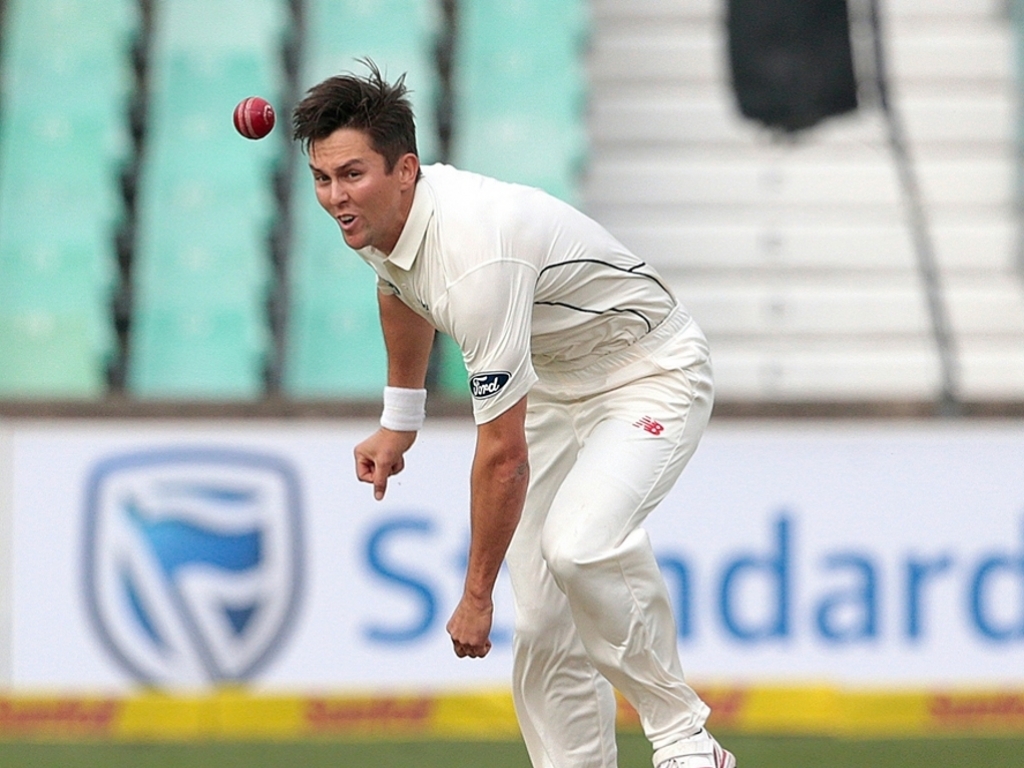 New Zealand’s Black Caps are on the brink of victory in the first Test against Pakistan with the visitor’s seven down at the close of day three.

Pakistan reach 129/7 just 62 runs ahead of New Zealand as the Kiwi seamers continued to expose their opponenents weaknesses against the moving ball.

New Zealand had earlier established a 67 run first innings lead reaching 200 all out despite a batting collapse that saw them lose seven wickets for 95 runs.

The Black Caps resumed on 104/3 but lost both overnight batsmen early as Henry Nicholls (30) was trapped leg before by Sohail Khan before Mohammad Amir accounted for top scorer Jeet Raval for 55.

Colin de Grandhomme (29) and BJ Watling  put on a vital 37 runs on a pitch that has proved incredibly difficult to bat on before the former was unable to resist the hook and holed out in the deep off the bowling of Sohail.

Todd Astle could last only five balls for his duck as Rahat Ali picked up the second of his four wickets.

Watling (18) was next to go as he nicked off to Rahat.

Tim Southee (22 off 19 balls) and Neil Wagner (21 off 18 balls) made quick fire runs to help get New Zealand towards the 200 mark but it was only a matter of time before Pakistan knocked over the lower order.

The runs made by New Zealand’s tail could prove vital on a pitch where the pacemen have dominated from ball one.

De Grandhomme started from where he left off in the first innings and picked up the wicket of Sami Aslam to leave Pakistan 21 for 1.

Only Azhar Ali (31) and Babar Azam (29) could get passed 20 for the visitors as New Zealand’s seamers tore through Pakistan.

Wickets would fall at regular intervals with each of the Kiwi seamers picking up scalps as Pakistan crept into a 62 run lead with seven down at the close.

Trent Boult was the pick of the bowlers with figures of 3/18.