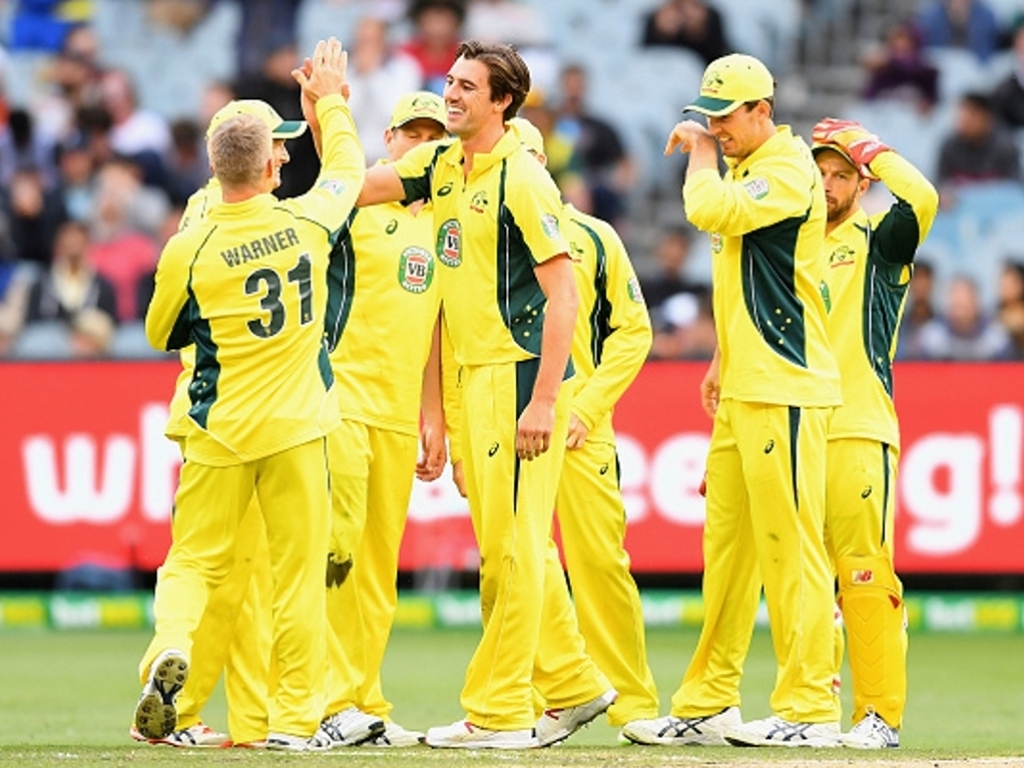 Australia completed a 3-0 series sweep by beating a disappointing New Zealand outfit by 118 runs in the third ODI at the MCG on Friday.

The hosts posted a total of 264 for 8 thanks almost entirely to David Warner who recorded his seventh ODI century of the year and scored nearly 60 percent of Australia’s runs.

The opener smashed 156 off 128 balls including 13 fours and four sixes and his tally of seven centuries in a calendar year is second only to Sachin Tendulkar’s nine scored in 1998.

The Australian top order contributed little in what proved to be tricky conditions with no other batsman passing fifty for either side.

Trent Boult was lethal up front removing Aaron Finch (3) and Steve Smith (0) in the space of two overs.

George Bailey (23) and Travis Head (37) would partner with Warner would to put together Stands of some substance but the innings was built around the left-handers brilliance.

Warner would eventually be run out chasing extra runs at the death but a competitive total was on the board.

New Zealand’s reply was as disappointing as their woeful effort at the MCG in the 2015 World Cup final and apart from when Tom Latham and Martin Guptill put on a quickfire opening partnership they never looked like getting close.

Pat Cummins picked up the wicket of Latham (28) before James Faulkner got the Kiwi skipper by trapping him in front for 13.

Guptill (34) played a poor stroke to give Head a gift wicket and then the Mitchell Starc show rolled into town.

Starc produced rippers to account for Henry Nicholls (3) and Colin Munro (20) with the quick looking deadly and finding his yorker length well.

New Zealand were unable to resist the Aussie pace attack and would tamely surrender yet again in what has been a disappointingly one-sided series.

The Black caps would fall to 147 all out  and end the series with a whimper.

Mitchell Starc picked up 3 for 34 and was the best of Australia’s bowlers.