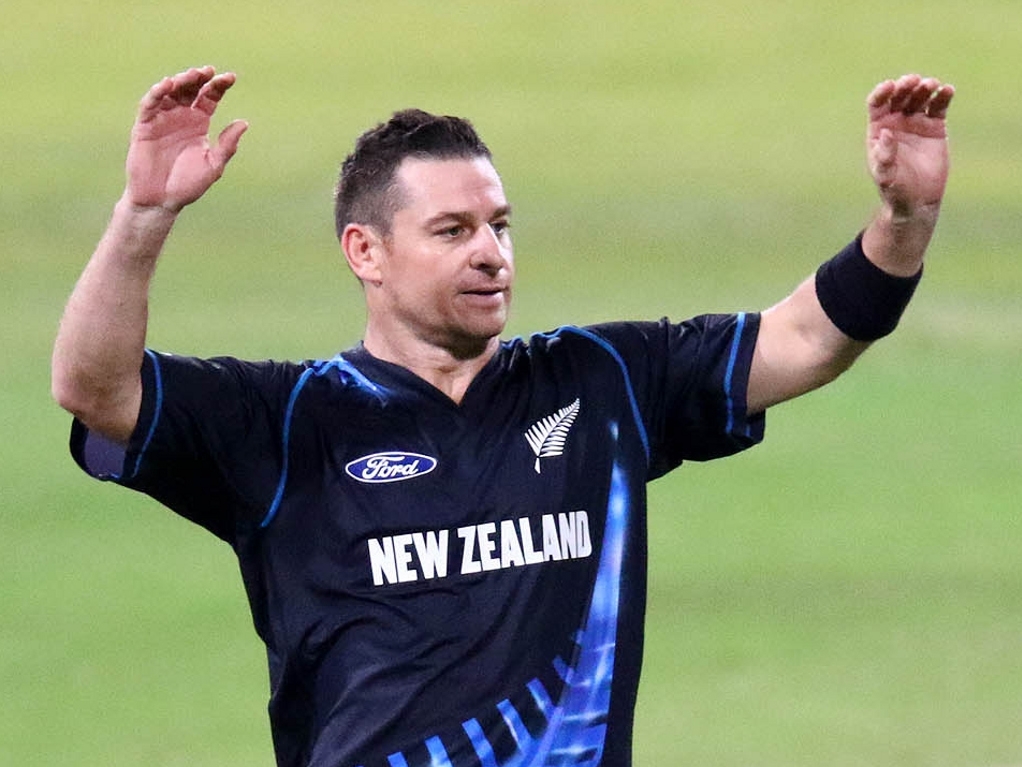 New Zealand put on a solid all-round performance in Centurion on Sunday to win the second T20 International against South Africa by 32 runs, thus drawing the series at one all.

The Black Caps recorded 177 for seven in their 20 overs, with Martin Guptill's 60 the driving force. The Proteas then lost regular wickets to find themselves on 145 for eight at the end.

The Kiwis won the toss and opted to bat first, putting AB de Villiers' men (Faf du Plessis was still out injured) in the field, looking to make a score they'd be unable to chase on a slow batting deck.

The visitors started off well, with Kane Williamson and Guptill going at 10 to the over initially. They put on 52 runs for the first wicket, inside six overs, with Guptill dropped by David Miller in that time.

Williamson was the first to depart, caught by Kyle Abbott off Kagiso Rabada for 25. This left Guptill to continue with Tom Latham, but he only made three runs before being bagged by spinner Eddie Leie.

Guptill and Grant Elliott then pushed the score past 100 inside 12 overs, as the Kiwis looked to be cruising to a big score. But Guptill, who had made 60 off just 35 balls, was unable to hit a Farhaan Behardien full toss past Miller a second time.

Elliott was trapped LBW by Aaron Phangiso soon afterwards, for 20, leaving Jimmy Neesham, Luke Ronchi and Colin Munro to try and take advantage of the death overs, but the Proteas did well to stifle them.

Rabada took two wickets in the 19th over to stop the charge, as he got Munro superbly caught by D Villiers in the deep (running back and catching it while looking over his shoulder) and then bowling Neesham with the next ball.

The final over, bowled by Abbott, saw 10 runs conceded, leaving the Proteas to chase 178 for the series whitewash. Abbott was the most expensive of the home bowlers, going for 11 to the over.

The chase started well enough, with a few boundaries in the first over, before wicketkeeper Morne van Wyk departed for three. He was caught behind off Mitchell McClenaghan, bad news for his future given Quinton de Kock has returned to form with the A-side in India.

A second wicket fell soon afterwards, as Hashim Amla was out for 14. He was caught by Munro off Adam Milne's bowling, bringing Rilee Rossouw in to join De Villiers at the crease, the score on 19/2.

De Villiers started off well with some crunching fours and a six, but just as he looked like launching another big show, he miscued it was caught in the deep for 15. This left SA on 47/3, and the run rate climbing.

Rossouw was next to depart, having made 26 off 23 balls, when he was caught by Williamson off spinner Ish Sodhi. This left Behardien and Miller to continue, with the required rate into double figures.

Behardien holed out to long on for 36, and then David Wiese was out for two in the next over. Phangiso was caught in the deep trying to scoop Neesham, and then Miller was out for 29 to McClenaghan, ending all hope of a recovery.

The sides will next play a three-match ODI series, starting on Wednesday, at this venue.