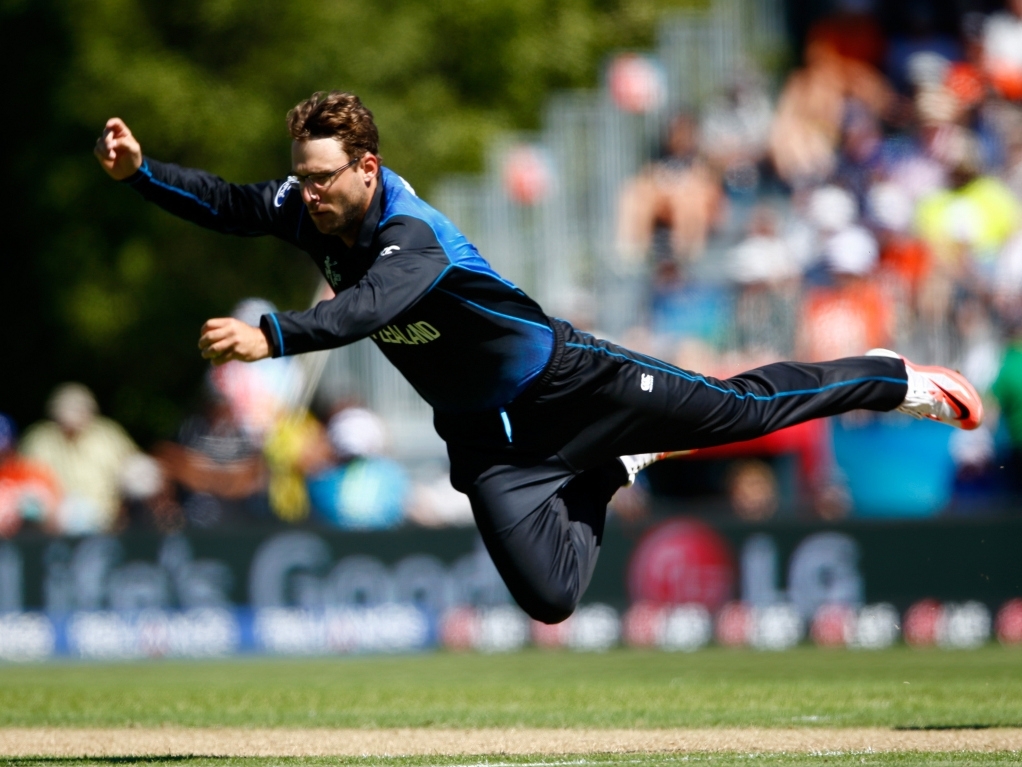 New Zealand were expected to beat Scotland in Dunedin on Tuesday, and they did just that, but it was hardly convincing as they lost seven wickets on their way to a target of just 143.

The Scots were all out for 142, with three wickets apiece to Dan Vettori and Corey Anderson. Matt Machan and Richie Berrington made fifties, but there were also five ducks on the scorecard.

The Kiwis then made really hard work of the chase, losing a string of wickets with the score already past 100, and recorded the narrowest defeat for the most deliveries remaining (151) in World Cup history. In other words, they won quickly, but not very well.

The hosts won the toss and opted to field, obviously anticipating their bowlers woud ensure a tiny target. Trent Boult removed Calum MacLeod an Hamish Gardner for ducks, while Kyle Coetzer was out for one, and Preston Mommsen a fat duck too, leaving Scotland on 12 for four.

But then a nifty stand from Berrington (50) and Machan prevented utter humiliation, as they put on 97 runs together. They took the score to 109, but once Machan was removed by Anderson for 56, the rest of the inevitable collapse occurred.

The chase, expected to be easy, saw Martin Guptill and Brendon McCullum out in the teens, and Ross Taylor removed for nine. This left Kane Williamson to do the bulk of the scoring, and his 38 pushed the score past 100.

When he was out, with 37 runs to go, the wickets kept tumbling as Josh Davey removed Anderson and Luke Ronchi, and ended up with three wickets. Iain Wardlaw took three as well, but Vettori's experience saw him secure the winning runs, albeit with a shaky edge past the slips for four.