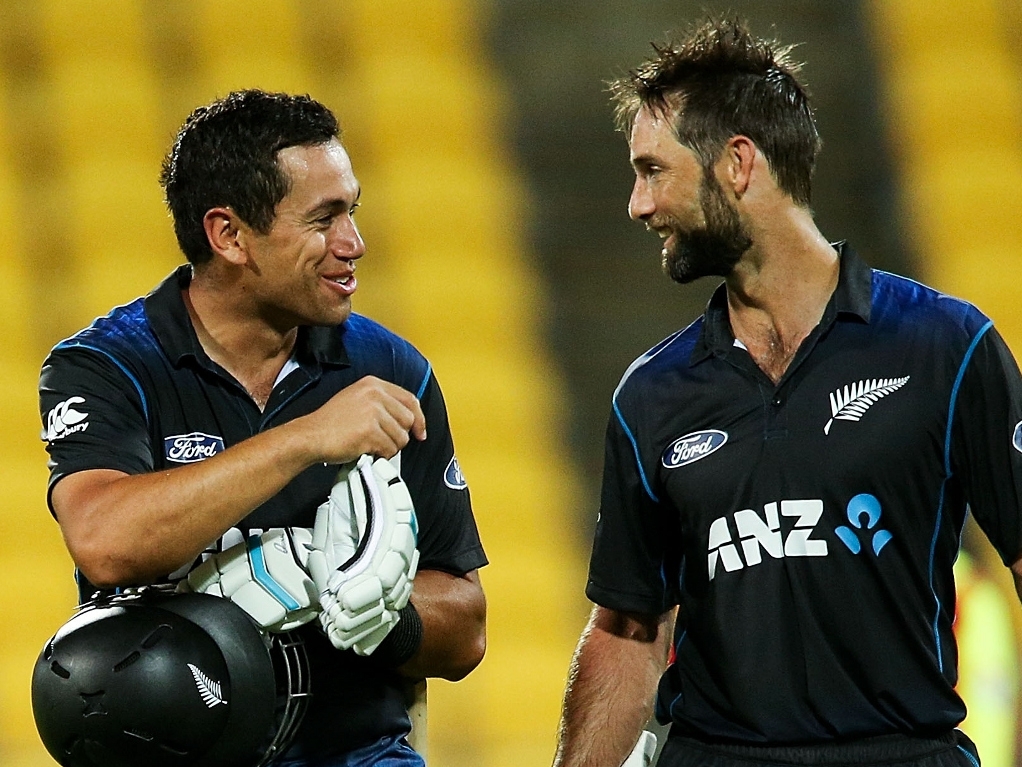 New Zealand continued their excellent run of ODI form heading towards the World Cup as they beat Pakistan by seven wickets in the first one-dayer in Wellington on Saturday.

The Pakistan side, dressed in lime green, were all out for 210, and the Black Caps chased that down with ease as Ross Taylor and Grant Elliott recorded unbeaten half centuries.

The Black Caps won the toss and chose to field first in the hopes of ensuring an easy chase. Their pace bowlers certainly came to the party from the start, as Mohammad Hafeez was removed for a duck in the first over, bowled by Kyle Mills.

Trent Boult then got in on the action as he removed Ahmed Shehzad for 15, and then Mills bagged the prize scalp of Younis Khan for just nine. Misbah-ul-Haq then tried valiantly to rescue the knock.

The skipper made a half century at one end, though his middle order didn't help much as they got set and then go out. Haris Sohail made 23, while Umar Akmal added 13 and Sarfraz Ahmed a mere five runs.

Misbah and Shahid Afridi then joined forces and their stand of 69 pushed the score into the 190s. But while both made half centuries, the all-rounders Elliott and Corey Anderson ensured the bottom order collapsed.

As such, the Kiwis didn't need much for a win, as openers Martin Guptill and Brendon McCullum put on 30 runs in the first three overs, clearly trying to end the game early. But once McCullum fell for 17, they took a more sensible approach.

Guptill, who had been struggling for runs, made a decent 39, while Tom Latham made 23 before falling to Afridi. This left Taylor (59) and Elliot (64) to bat out the game and they had very few issues along the way.