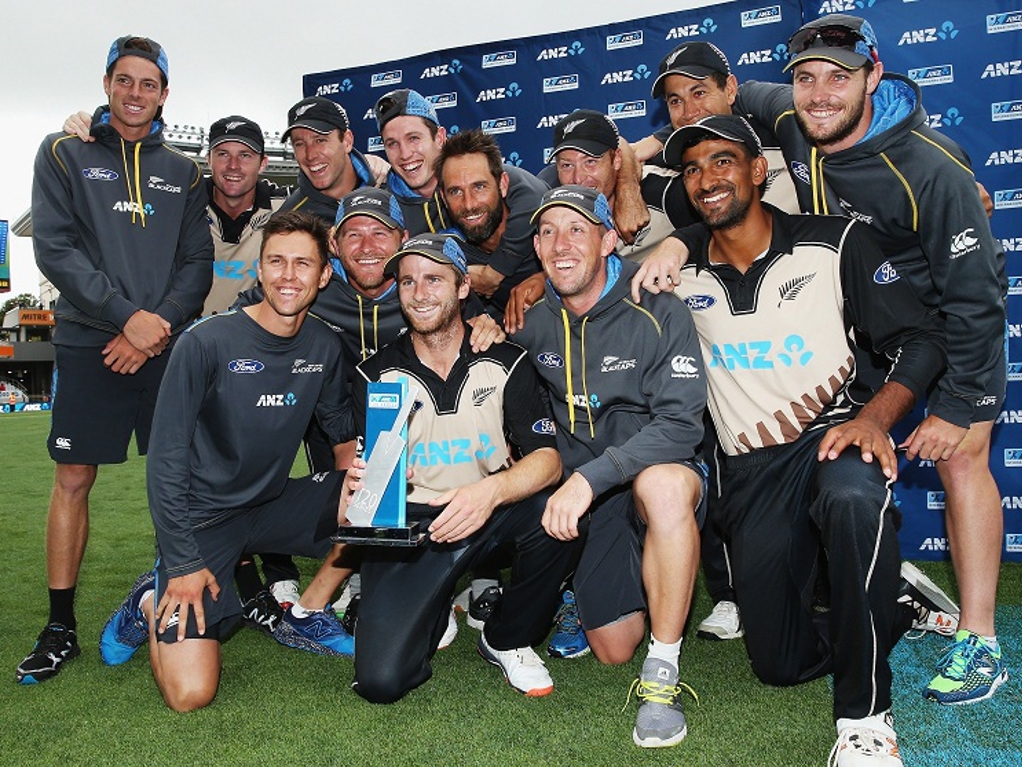 New Zealand romped to a nine-wicket win over Sri Lanka in the second T20 at Eden Park in Auckland on Sunday, winning the series two-nil and taking the game in just 10 blistering overs.

Sri Lanka's batting was abysmal, scoring 142 for eight in their 20 overs, with only two batsmen reaching double figures. The Black Caps chased that down in half the time, with Martin Guptill breaking the record for the fastest T20 fifty by a Kiwi, and then Colin Munro broke that record a few minutes later.

The Black Caps won the toss and opted to field, and were justified in that decision as wickets tumbled from the get-go. Sri Lanka were three down for 39 in the seventh over, and only Angelo Mathews showed any batting skill.

He made 81 of Sri Lanka's runs, as Grant Elliott's part-time bowling took four wickets, while Mitchell Santner and Adam Milne bagged two each. Tillakaratne Dilshan was the only other visiting batsman to reach double figures, and he made 28.

The hosts wasted no time in chasing down the runs, as Guptil recorded his fifty in 19 deliveries. He was eventually out for 63, while Kane Williamson made 32 off 21 balls, a pedestrain knock in comparison.

But it was Munro who stole the show at the end, as his 50 not out came off just 14 balls. Only one four came off his blade, but seven sixes were launched into the stands, doing his reputation the world of good as the World Twenty20 approaches.