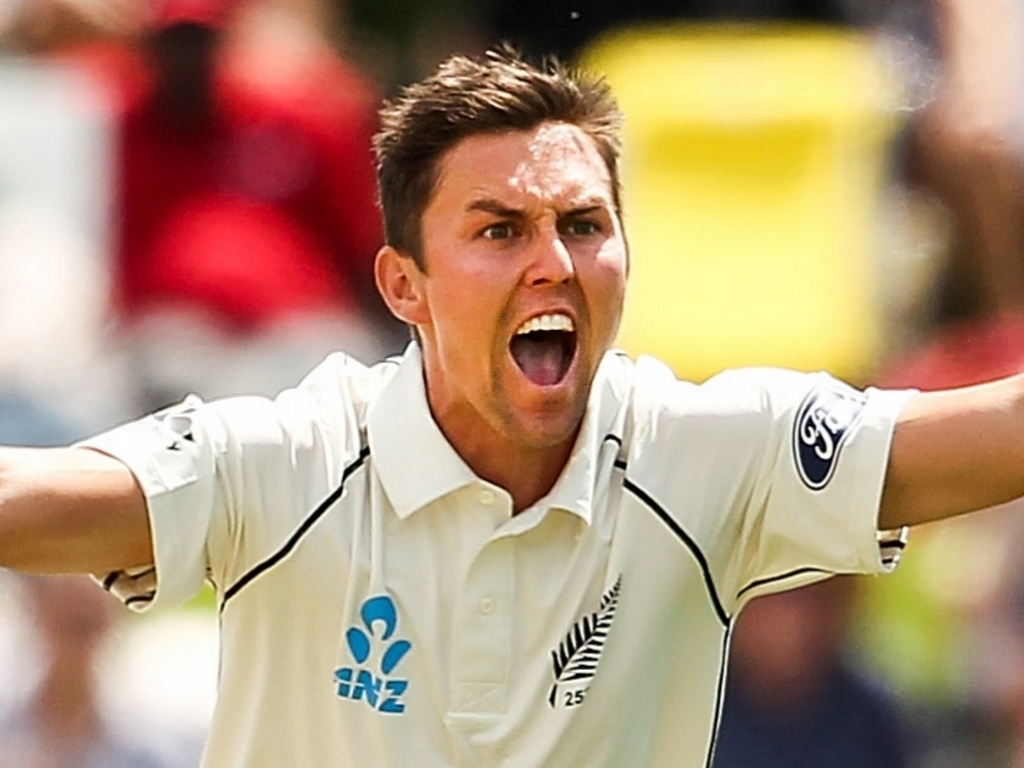 Sri Lanka trailed New Zealand by 219 runs at stumps on day two of the first Test in Christchurch, with no wickets down, but they were being forced to follow on after collapsing in just 42 overs.

The wickets tumbled on day two, for both sides, as the Kiwis went from 429 for seven overnight to 441 all out. Sri Lanka's bowlers needed just six overs to wrap the innings up, but their joy was short-lived.

Sri Lanka's openers were both removed by Trent Boult, both trapped LBW, inside the first 10 overs, and Kumar Sangakkara was the paceman's third wicket with the score on just 15.

Lahiru Thirimanne and Angelo Mathews then seemed to stem the loss of wickets, but they were only able to advance to 58 before the former departed for 24.That was the second best score of the knock, and the only one other than Mathews to pass 20.

The skipper once again scored a futile fifty, while the rest of the batting order were thwarted by Tim Southee and Neil Wagner. It was certainly a pace day at the Hagley Oval, as Sri Lanka were all out at tea for 138.

The evening session was far more fruitful for the visitors, as they managed to avoid losing a wicket and reduce the deficit by 84 runs. Dimuth Karunaratne was one run short of his fifty, while Kaushal Silva was on 33.

The Black Caps will be grateful for the innings of 195 played by skipper Brendon McCullum on day one, which gave them the base to pass 400, as batting seemed to be appreciably tougher on day two. Either that, or over-confidence factored into it.