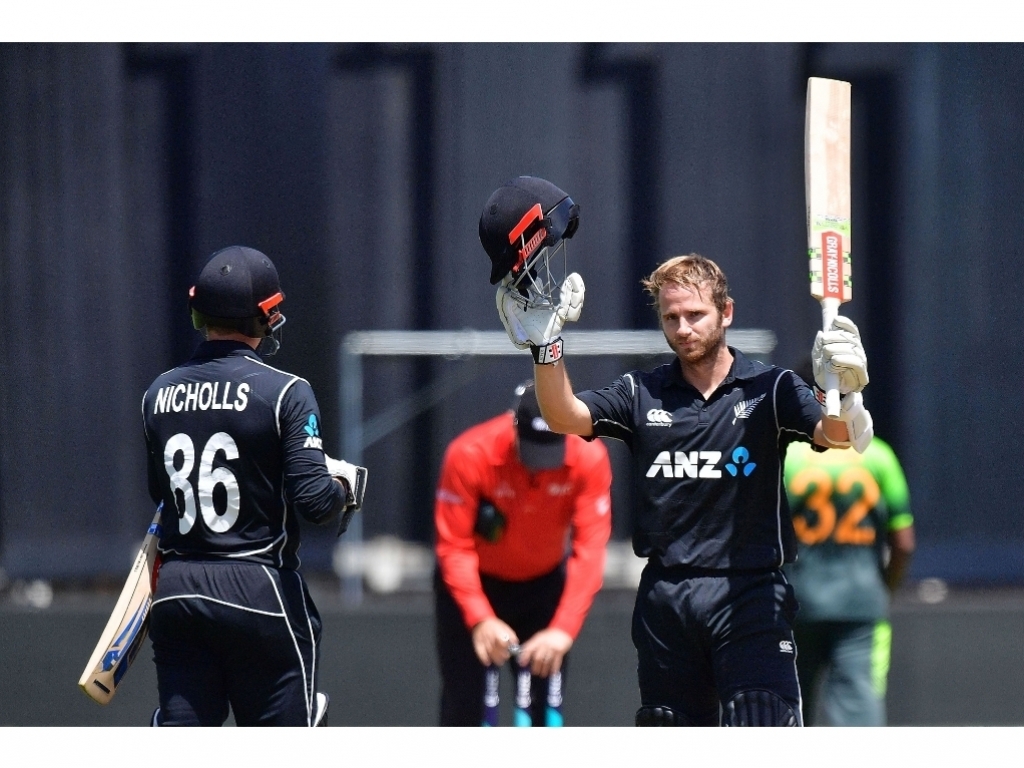 Pakistan were given a jarring welcome back to international cricket after a brief break with a 61 runs DLS method loss to New Zealand.

The touring skipper Sarfaraz Ahmed put New Zealand in to bat in what turned out to be a decision he may regret.

Kane Wlliamson rediscovered his best form with a stunning hundred after openers Colin Munro and Martin Guptill provided an excellent platform putting on 83 in 12.3 overs.

Munro continued his bowler bullying after his T20I heroics smashing two sixes and six fours in his 35 ball 58 before he nicked off to Hasan Ali (3/61).

That start kept New Zealand consistently above a rate of six and over with Wiliamson (115) carrying the torch after Guptill (48) departed.

Henry Nicholls contributed a rapid 50 off 43 balls and though Pakistan were able to peg back the Black Caps in the latter stages with wickets.

No more play possible at the Basin Reserve. DLS sees the BLACKCAPS go 1-0 up in the G.J Gardner Homes ODI Series over Pakistan by 61 runs. Scorecard | https://t.co/raIn9Jx94B #NZvPAK pic.twitter.com/cZMhnb69hO

In their reply Pakistan got off to a rocky start with a Tim Southee (3/22) double strike early on sending Azhar Ali (6) and Babar Azam packing.

Fakhar Zaman (82*) played an almost completely unassisted knock with partners unable to stay with him in testing conditions for players coming off a run of domestic cricket on flat wickets.

When rain stopped play in the 31st over of the chase Pakistan were well behind the par score for DLS at 166/6, even without the rain the result was in little doubt at that point.

The Black Caps have enjoyed an excellent start to their domestic season after blasting past the West Indies in all three formats before starting this ODI series with a win.