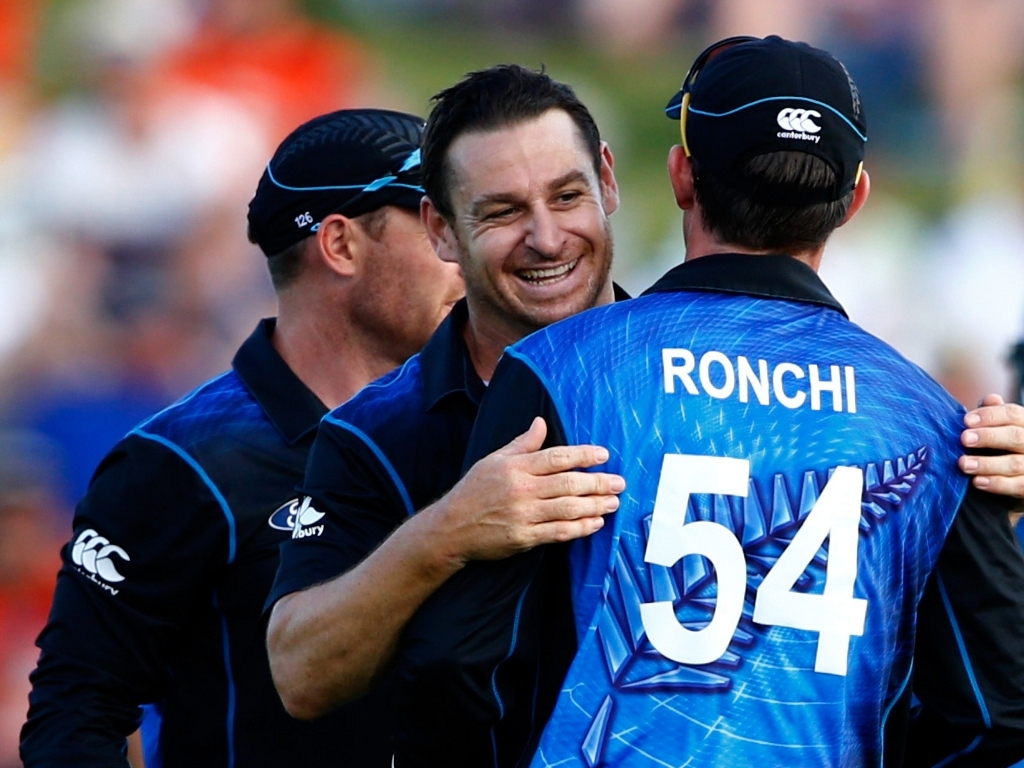 New Zealand scored 198 for five in their 20 overs before restricting Zimbabwe to 118 for eight as the Black Caps won a one-off T20 international by 80 runs in Harare on Sunday.

After being sent in to bat by Zimbabwe captain Elton Chigumbura, the Black Caps' more than useful total was thanks to a quick-fire 62 from 38 balls from debutant George Worker.

Batting at number three, the left-handed Worker slammed three fours and four sixes as he showed no sign of nerves that would have been understandable in his first match.

The 25 year-old Worker came to the crease after his skipper Kane Williamson fell in the fourth over for 20 off the bowling of medium-pacer Taurai Muzarabani.

When Worker was out bowled by left-arm spinner Sean Williams in the 16th over, with the total on 142, the visitors got the late charge at the end of the innings from Colin Munro (23 not out from 11 balls) and Nathan McCullum (18 not out from seven balls).

Williams had the best figures from the home side's bowlers with three for 28 from four overs while Muzarabani and legspinner Graeme Cremer took one wicket each.

The African side were never really in the hunt while chasing the target as they lost to many wickets while going for big shots. They found themselves on 64 for five in the 12th over with all their hopes down the drain.

They eventually managed just over the hundred mark but by that time the game was already in the bag for the tourists.

After completing a two-one series win the ODIs and winning the T20, the Kiwis now head to South Africa for three ODIs and two T20s against the Proteas.