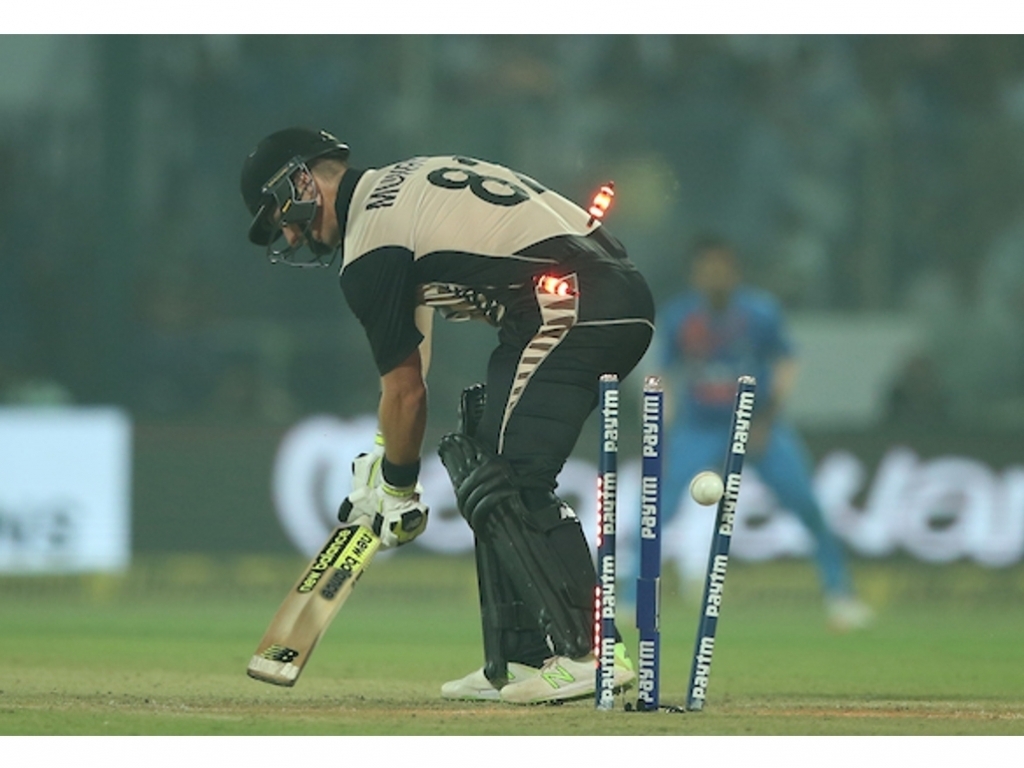 New Zealand were far from clinical as they slumped to a 53 run defeat to India in the opening T20I of the series in Delhi.

The Black Caps won the toss and elected to field to take advantage of the late evening dew.

Hoewever by the late evening New Zealand were out of the contest having seen India post an imposing 202/3 in their twenty overs.

The Black Caps were made to pay for early dropped catches as openers Shikhar Dhawan (80) and Rohit Sharma (80) hammered a record first wicket stand of 158.

The pair fell in quick succession as Ish Sodhi nipped out Dhawan and Hardik Pandya (0) in the 17th over before Rohit was caught behind off Trent Boult in the penultimate over of the innings.

Virat Kohli (26*) and MS Dhoni (7*) rounded out the innings neatly enough though putting New Zealand behind the game.

The Black Caps lost a brace of early wickets as openers Martin Guptill (4) and Colin Munro (7) struggled against the combination of pace and spin employed in the powerplay.

Kane Williamson (28) and Tom Latham (39) added some respectability to the Kiwi’s effort but the loss of Wiliamson triggered another collapse.

There hopes of victory faded long before the result was confirmed and the game petered out allowing Ashish Nehra a farewell moment in his final international match for India.

He would not get the fantasy finish as Sodhi (11*) and Mitchell Santner (27*) saw out the final over leaving New Zealand 149/8.

Axar Patel was the pick of the bowlers with figures of 2/20 from his four overs.