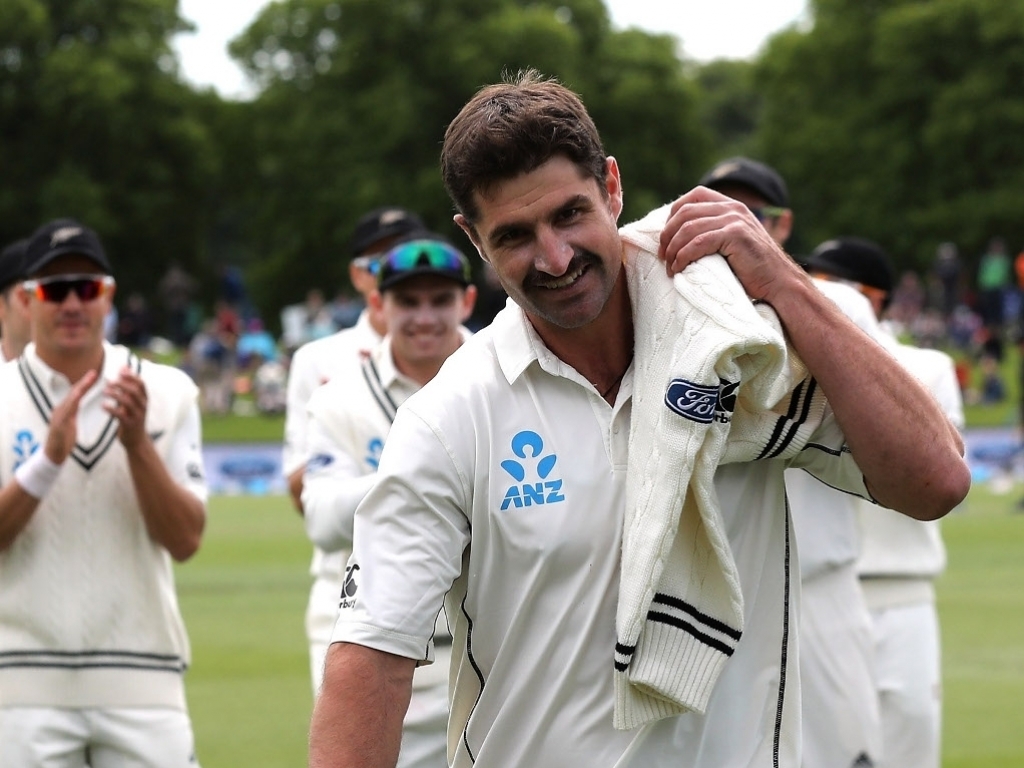 New Zealand made relatively light work of Pakistan in the first Test in Christchurch, with the hosts winning by eight wickets on day four.

The Black Caps needed only 105 runs to win after bowling Pakistan out for 171 earlier in the day, and debutant Jeet Raval saw his side home before tea.

The day began with Pakistan still batting on 129 for seven, holding a slender lead. Asad Shafiq and Sohail Khan were in the middle overnight.

Neither were able to push on much further, though Sohail made 40 before falling to Tim Southee, who was one of three bowlers to take three wickets.

The loss of Tom Latham early in the small chase did not hamper the Kiwis, as Raval and Kane Williamson then took the score to within one run of victory.

Williamson was out for 61 with the score on 104, but Raval wasted no time in hitting a four to end the match. He made scores of 55 and 36 not out on debut.

Another debutant, Colin de Grandhomme, was named man of the match for his record-breaking six-fer in the first innings, which set up the match.

The series moves to Hamilton next, where the second Test will be played from 25 November.