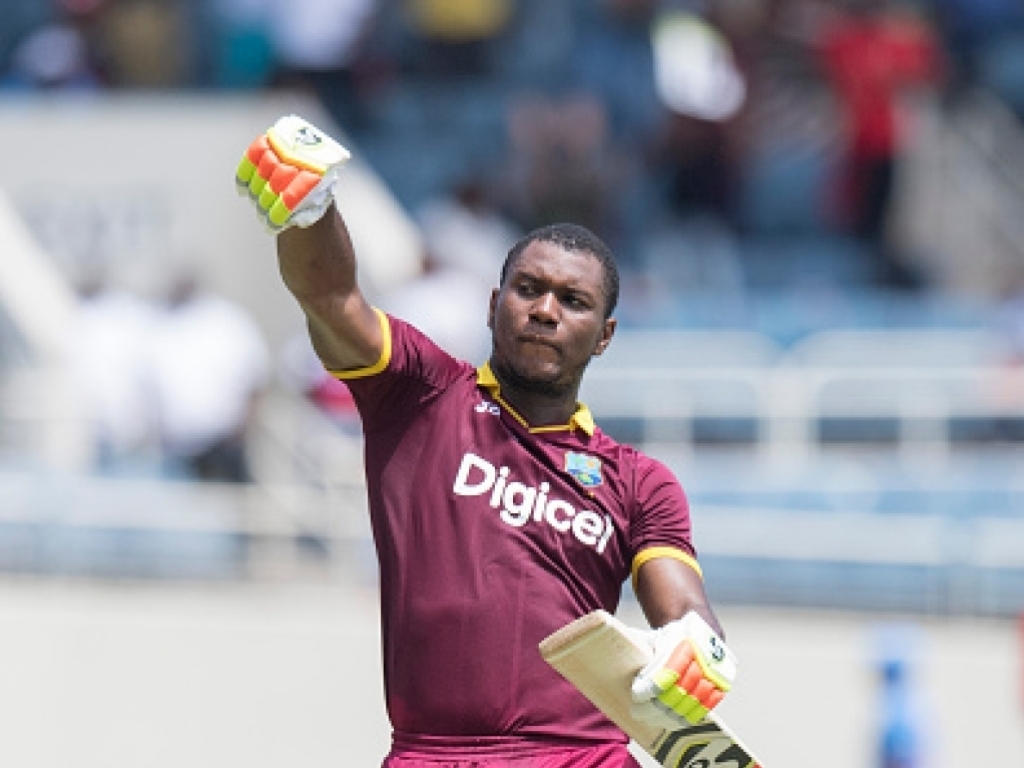 A blistering century from opening batsman Evin Lewis helped the West Indies beat India by nine wickets in a one-off T20I in Jamaica on Sunday.

The left-handed Lewis struck an unbeaten 125, his second T20I century, off just 62 balls as the Windies easily chased down a target of 191 with nine balls to spare.

Lewis was the dominant partner in a stand of 82 with Chris Gayle (18) for the first wicket while Marlon Samuels ( 36 not out off 29 balls) helped get the hosts over line.

Lewis was destructed from ball one and hit 12 sixes and six fours in an innings that will live long in the memory of everyone who witnessed it at Sabina Park.

The 25-year-old joined teammate Gayle and New Zealand’s Brendon McCullum as the only three players to have scored two centuries in T20 Internationals.

Earlier, West Indies restricted to India to 190/6 on a favourable batting pitch.

Dinesh Karthik top-scored for the visitors with 48 off 29 balls, but none of the batsmen played a Lewis-type innings to go and make a big score.

Windies medium-pacer Kesrick Williams put the brakes on theIndia batters in the middle-overs with two wickets while Jerome Taylor also got two scalps for the home team.

Even though they lost in the shortest formatof the game, it has been a good tour for India as they clinched the five-match ODI series 3-1.