Bowlers do the job with bat and ball for Kiwis 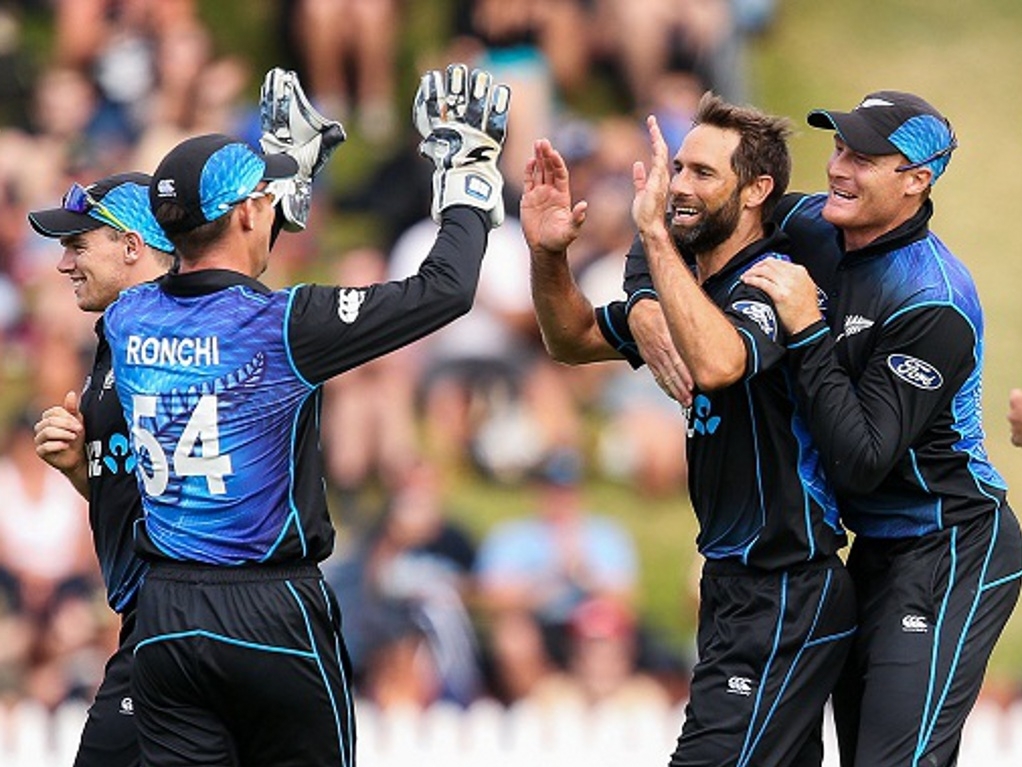 New Zealand's top order were dismal with the bat, but their bowlers did the job in all departments to ensure a 70-run win over Pakistan in the first ODI in Wellington on Monday.

The Kiwis posted 280 for eight thanks to cameo knocks from Mitchell Santner and Matt Henry, before Trent Boult took four wickets as Pakistan were bowled out for 210 runs.

Pakistan had won the toss and opted to bowl, and that seemed like the right choice as the top six batsmen were removed for very few runs. Of the top six, only Henry Nicholls passed 11, and he went on to make 82.

Pace was the key for Pakistan, as Anwar Ali and Mohammad Amir took three wickets each, while Mohammad Irfan bagged two. If not for Nicholls' determination at the start, and Santner and Henry's twin scores of 48, the Kiwis would not have had enough on the board.

They were also aided by a brisk 31 from Mitchell McClenaghan, but he was forced to retire hurt after being hit in the face by an Anwar Ali delivery. The ball went between the grille and the peak of the helmet.

Thanks for all the concerns. Everything is as good as it can be just a few broken bones. Great win for the boys! ?? pic.twitter.com/S9A2pZqETa

Pakistan's chase started decently enough, with their top order certainly doing better than the Kiwis'. While the openers departed cheaply, Mohammad Hafeez and Babar Azam took the score on, with Hafeez making 42 and Babar 62.

But once they were removed, Azam in the 37th over, the wickets tumbled as Boult nipped the lower order out. He took four of the final five wickets to fall, including Sarfraz Ahmed, who had knocked a quick 30 to counter-attack, in vain.