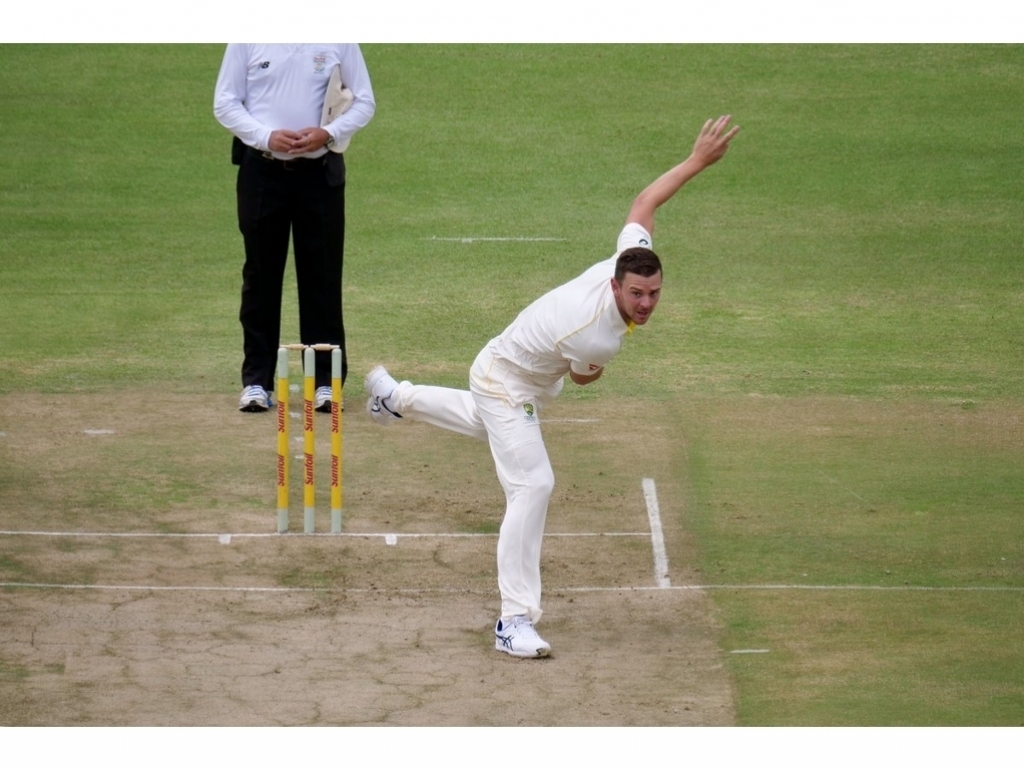 Josh Hazlewood and Pat Cummins both took three wickets in the space of 10 balls to first stop a promising South Africa A batting effort in its tracks and then run through the lower order respectively on the opening day of Australia’s three-day tour match at Sahara Park Willowmoore on Thursday.

The South Africans, however, fought back immediately to make it a bowler’s day as they reduced the Australians to 87/3 by the close. This left them with an overall deficit of 133 runs. Duanne Olivier in an extended opening spell of 8 overs started the process with a double wicket maiden over and then Malusi Siboto chimed in with the key wicket of Steve Smith.

However, De Bruyn was dismissed by Hazlewood off what turned out to be the last ball before lunch and was quickly followed after the break by Hamza and home captain Khaya Zondo.

The South Africans were left to rue the fact that five of their seven batsmen got past 20 but none reached 50.

There was a period of resistance from Senuran Muthusamy (36 off 86 balls, 6 fours), who put on 43 for the sixth wicket with Rudi Second and 40 for the seventh with Wiaan Mulder before Cummins ran through the tail to finish with 4/32 in 11 overs. Hazlewood took 3/40 from his 12.