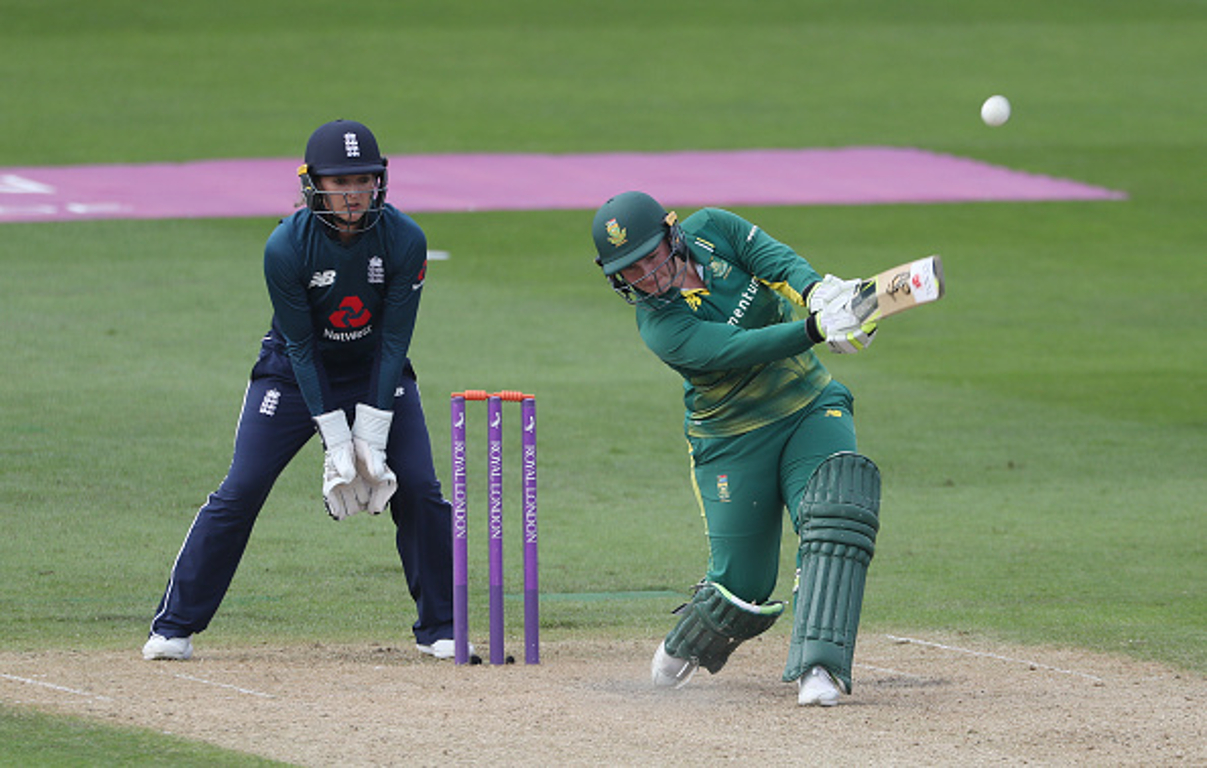 The Proteas bowlers set up a victory in the first ODI against England at New Road in Worcester on Saturday restricting them to 189/9 before eclipsing the target with 7 wickets in hand.

England’s total should probably have been far lower after the hosts slipped to 97 for 8 in the 35th over.

The Proteas started brilliantly limiting England to 39 runs in the first ten overs with Marizanne Kapp and Shabnim Ismail making early inroads before, off the first ball of the eleventh over Ayabonga Khaka castled Tammy Beaumont to leave England 39 for 4.

Katherine Brunt (72*) would hold steady as all around her floundered though and the allrounder would help give England something to bowl at and give the tourists some nervous moments in the chase.

In hauling in the target the Proteas were led by opener Lizelle Lee who, after losing Laura Wolvaardt (2) and Sune Luus (0) early, put on 113 with skipper Dane Van Niekerk (58).

The Proteas looked to be in trouble though when Van Niekerk fell and shortly afterwards Lee looked to have been caught out but the opener was waved back by her skipper and replays showed that the catch was not taken cleanly.

Lee and Mignon Du Preez got the chase back on track though sharing an unbroken stand of 75 to see the tourists home.

Lee ended the contest with a huge six to give the Proteas a 1-0 lead in the series.