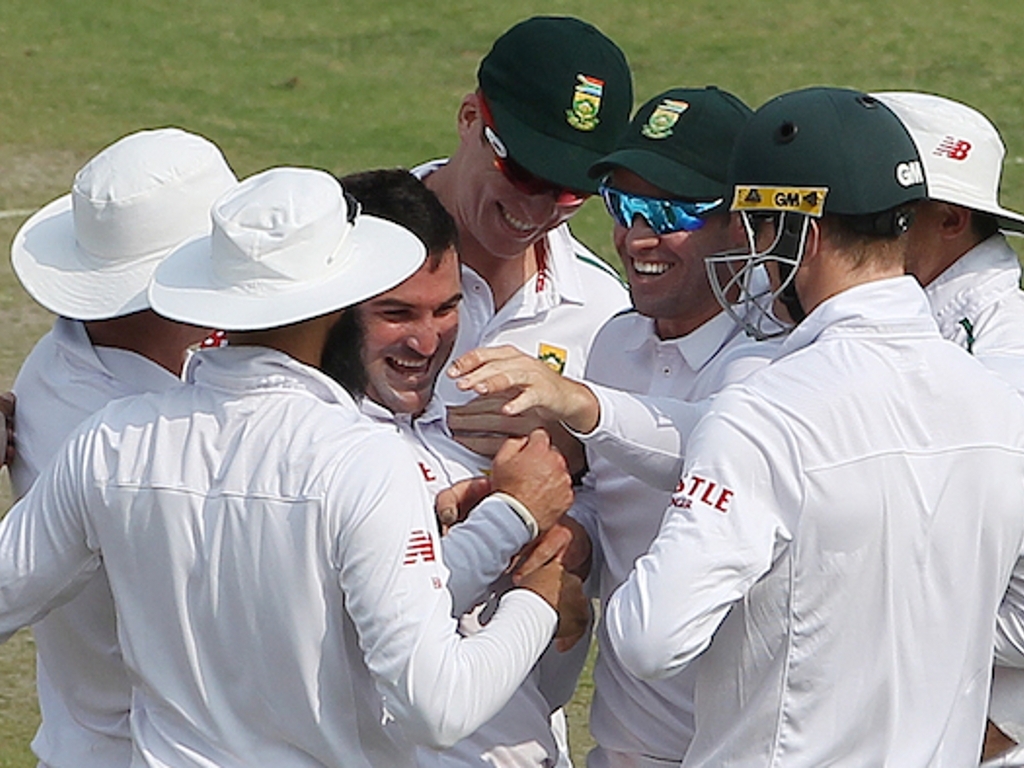 Dean Elgar was the unlikely hero with the ball for South Africa as he captured four wickets as the Proteas bowled India out for just 201 on Day one of the first Test in Mohali on Thursday.

The left-handed Elgar was then doing his primary job of opening batsman and was unbeaten on 13 as the tourists were 28 for two at stumps with captain Hashim Amla also still at the crease on nine.

A gentle left-arm finger spinner that is nothing more than part-time, even in domestic cricket, Elgar captured four for 22, which is a career-best fo hm in first-class cricket, as India were bowled out in the final session.

It would have been the last thing their captain Virat Kohli should have expected after he won the toss and had no hesitation in batting first.

The wickets started tumbling quite early though when, with no runs on the board, in the second over seamer Vernon Philander got Shikhar Dhawan to edge to first slip and Amla took a straightforward catch.

After a stand of 63 between Murali Vijay and Cheteshwar Pujara for the second wicket, Elgar started his mind-blowing spell by trapping Pujara lbw for 31.

Kagiso Rabada, making his Test debut in place of the injured Morne Morkel, made a dream start to playing in whites for Proteas as he got rid of Kohli (1) quite quickly.

Elgar then had Ajinkya Rahane (15) and Wriddhiman Saha (0) caught at slip by Amla in identical fashion as India slid to 102 for six. Ravindra Jadeja (38) tried to stem the tied but he went lbw to Philander.

Vijay was all along at the other end watching the procession of wickets while he went to his half-ton, but batting with the tail brings its own pressures as he perished to South Africa's regular slow-bowler Simon Harmer for 75.

Philander was the pick of the seamers with figures of two for 38 in 15 overs while legspinner Imran Tahir, playing his first Test in almost a year, got the last two wickets.

Even though they lost opener Stiaan van Zyl and Faf du Plessis before the close, the Proteas will be mightily pleased with how they have started the four-match series.