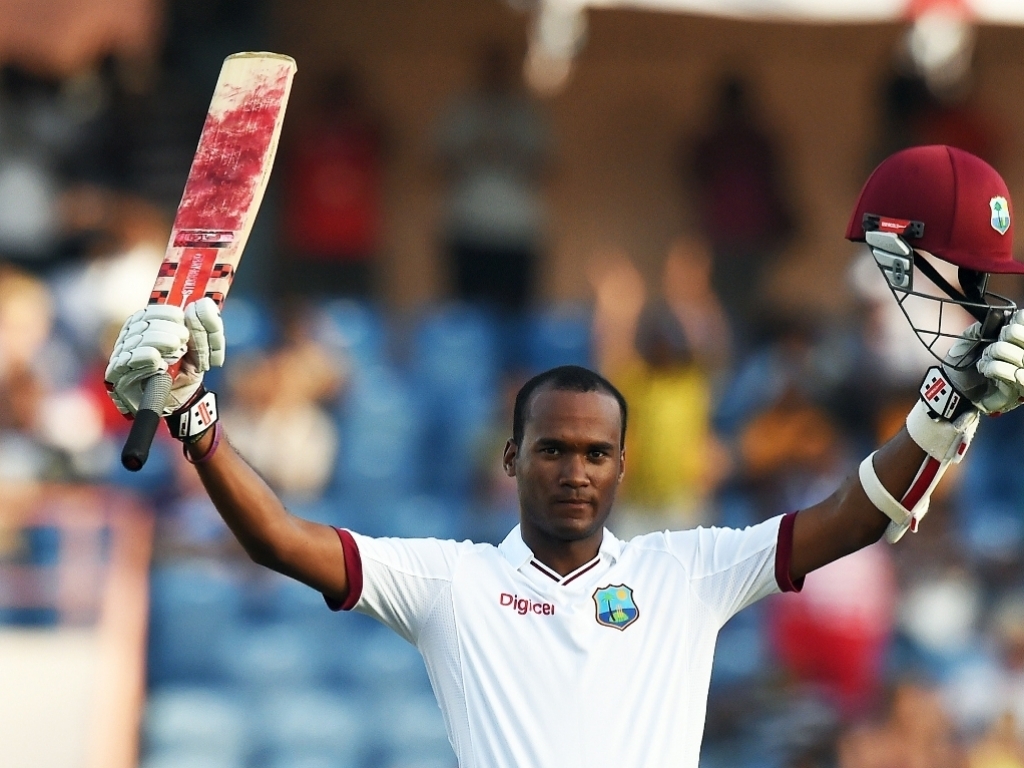 The West Indies top order fought back defiantly as they gave England some of their own medicine and batted their side to relative safely, eating up a massive 165-run first-innings deficit and finishing the fourth day 37 runs ahead with eight wickets in hand.

The home side are 202 for two overnight and a frustrated England are no closer to winning their first Test away since 2013 in an attritional battle where a draw is the only likely outcome.

For England it has been a frustrating Test series in general and match in particular. Despite having their noses in front throughout the tug of war of this battle, their tired soldiers have not managed to get themselves in a position where any reward other than a stalemate has been tangible.

In Grenada they have been frustrated by rain, the flattest pitch in recent memory and a 52-run last-wicket first-innings partnership by Davendra Bishoo and Shannon Gabriel that might have been the difference between them batting once or twice in the match.

24-year-old Joe Root (182 not out) gave England the belief that they could break their away drought as he took the side to a purposeful and dominant 464 all out before lunch. With a huge lead and 174 overs left in the match there appeared time to force a result and when opener Devon Smith (2) chopped Anderson onto his stumps before lunch, the Barmy Army joined Billy the trumpeter with such gusto that you could hear the triumphant tone of that winning feeling in their voices.

The resolute pair of Kraigg Brathwaite (101 not out) and Darren Bravo (69) had other ideas as they put paid to England's confidence and spirit and chipped away at the lead on a wicket where even the best bowling attack of all time might have struggled to take 20 wickets.

Bravo nicked off to Broad in a momentary lapse in concentration and Marlon Samuels (22 not out) picked up where he left off as Brathwaite brought up his fourth Test century, in just eight months. Cook tried several plans as he tinkered with the field and dug deep into his memory of partnership-breaking ploys but to no avail.

As in the second innings in Antigua, a newfound West Indian patience was tested but did not wear thin. If they aren't careful the entire reputation of Calypso batting might undergo a very bland makeover.

Root's big hundred was his fourth innings of over 150 from six centuries and one of those was a 149*. He was only out in two of those six knocks. When he reached 126 he became the second youngest England player to 2000 runs and while Cook might have been younger, he needed four innings more than did the Yorkshireman to reach the milestone.

The day started frenetically as Jos Buttler (13) was stumped to complete a mini-collapse of four for 58 and then Jordan helped add 39 for the eighth wicket but no one hung around long enough to allow Root a chance at his second double century. After England and Devon Smith were out however, the game morphed into slow motion and the home side put on 200 runs for one wicket from the remaining 73 overs in the day.

In theory the West Indies could look to up their tempo and set a 45 over target of 270 or so but they seem content to play for a safe draw and take the series nil all to the final Test in Barbados. Should they instead bat on and on then England’s bowlers will be positively knackered from another bout of really hard labour and may even force the selectors to look at some fresh legs for the deciding Test.

Of course this match is not drawn yet – cricket is a funny game and 37 runs is a slender lead. The best chance of a result is for the Windies to be all out inside forty more overs and England to have a crack at a sub 200 total in 60 overs or so. On a spicier pitch than this one served up on the ‘spice island’ of Grenada it would be a far more plausible prospect.