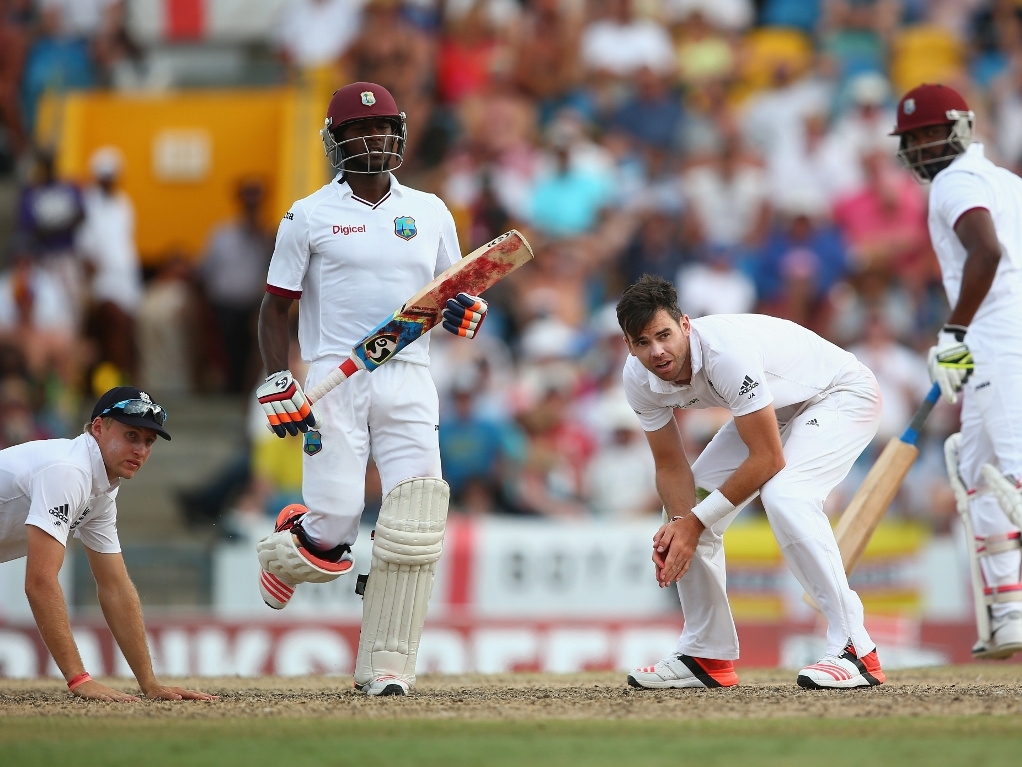 The West Indies pulled off a famous victory at the Kensington Oval when they levelled the Test series one all by beating England by five wickets inside three days on Sunday. It was the team’s first win against a top eight side in over four years and the result could go a long way in renewing long waning vigour in Test cricket in the region.

England were bowled out for a paltry 123 runs on the third morning on a pitch that didn't overly misbehave and despite some early setbacks the home side made no mistake in chasing 192 runs for victory. No team visiting the West Indies has ever defended a target under 200 runs and the West Indies maintain their record of being the only top eight Test side to have never failed to chase a total of under 200 runs.

The win was only the team's second in 29 Tests against England since the year 2000 and while the visitors had their heads in front for much of the series the Windies will rue the morning where they collapsed in Grenada and offered the visitors an easy win after a draw had appeared certain. They will feel they should have drawn that match and won the series here in Barbados.

A mature partnership from Darren Bravo (82) and Jermaine Blackwood (47 not out) reaped 108 runs together as the pair left anything outside off stump and scored runs off bad balls. Bravo was particularly impressive and showed great balance and strength and an unapologetic approach to anything he saw fit to dispatch to the boundary. Man of the match Blackwood displayed admirable patience and in an innings so different to his match-winning 85 in the first innings he showed, as a 23 year old with a Test average in the forties, his potential value to his team in the future.

England began the day steadily as they set about increasing their overnight lead of 107 runs with five wickets in hand. They added 50 runs for the loss of just one wicket (Gary Ballance, 33) in the first hour of the day and looked on track to post a challenging target in excess of 200 on a very dry and tricky pitch. Jos Buttler (35) was to run out of partners yet again as Ben Stokes (32), Chris Jordan (2), Stuart Broad (0) and James Anderson (2) fell victim to the aggressive West Indies attack.

England had enjoyed a healthy 68-run first innings lead and to be bowled out for 123 runs was an effort so poor that it made them worthy losers of this match.

The chase was not always straightforward and it was impossible to choose a favourite when Shiv Chanderpaul failed for the fifth time in six innings this series and his side slumped to 80 for four. England's tails were up and after several consecutive maiden overs Bravo and Blackwood did a tremendous job in soaking up the pressure and then managed to get the better of the increasingly flat English attack.

Man of the series James Anderson (1-35) continued to probe but no England bowler managed more than one wicket and Moeen Ali bowled too short and erratically to take advantage of a surface that assisted spin bowling. A missed stumping of Blackwood when the batsman had only four runs to his name, by Buttler off the bowling of Joe Root, did not help England's cause.

Both sides will have learnt a lot from this series. The West Indies have looked stronger in sporting and mental abilities under new coach Phil Simmons and they have a tough two-Test series against Australia to look forward to in June. England have home series against New Zealand and Australia this summer and have a lot more questions than answers on the table.

ECB chairman Colin Graves described the West Indies as a mediocre side and said that inquiries would need to be made if his team did not win this series. They have not won this series and the job of Peter Moores might well be on the line with only a fortnight or so until the first Test against the Black Caps.

Jonathan Trott has almost certainly played his last Test and Chanderpaul's 90 runs from six innings must spell out the fact that the sun is setting on his Test career – perhaps the matches against Australia will be the 40-year old's last. He is one of only two Test players who made their debut in the last century!

England will drop at least one place, from third, when the Test rankings are next calculated and a bad series against New Zealand next up could see them demoted to as low as eighth on the table.

It was wonderful to see a Caribbean stadium packed to the rafters for every ball of a highly entertaining and short Test match. The extra two days off will give the England management plenty of time to discuss restructuring strategies moving forward over Piña Coladas on the beach.