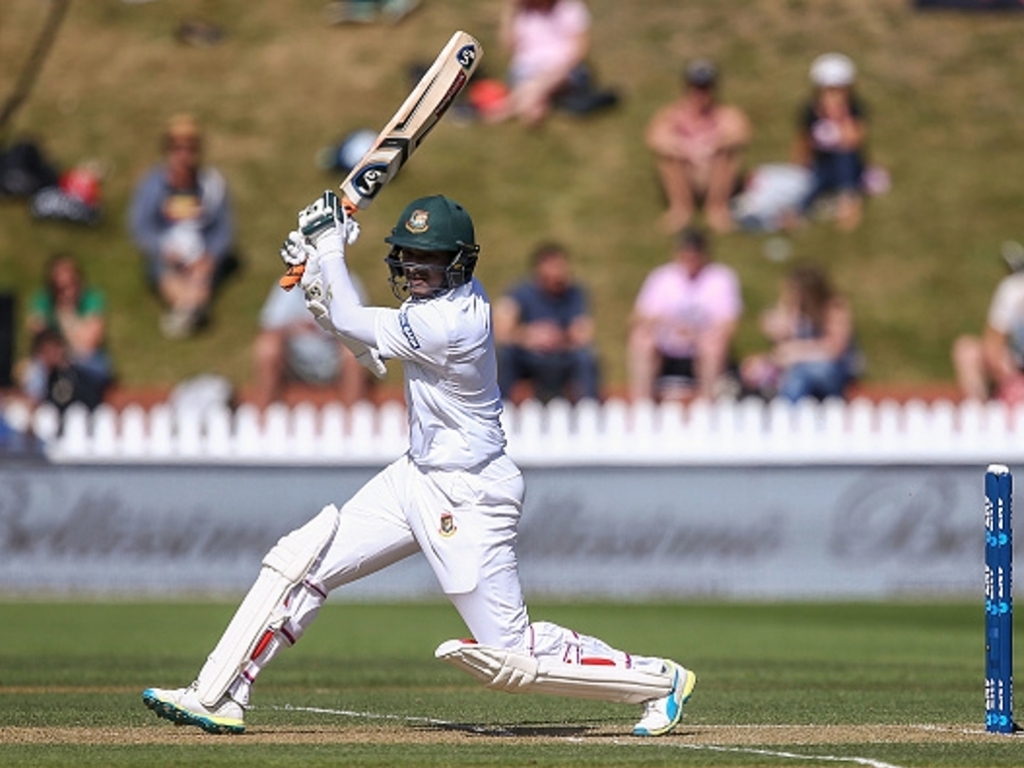 Shakib-al-Hasan set a new record for the highest score for a Bangladesh batsman in Tests as his team reached 542/7 on day two of the first Test against New Zealand.

The skipper and star allrounder put on a massive 359 for the fifth wicket with Shakib becoming only the third Bangladesh batsman to score more than 200 in a Test match,

The partnership was the fourth highest fifth wicket partnership in Test history and has given Bangladesh a massive boost on what has been a disappointing tour so far.

The 359 run stand is the highest ever stand between two Bangladesh batsmen in Tests and the highest fifth wicket stand against New Zealand by any team.

The pair scored at a consistent rate to keep the pressure on the Black Caps bowlers striking 54 fours and one six between them.

Mitchell Santner would likely have had a terrible day watching Shakib go to a double ton after he dropped the allrounder late on day one.

Trent Boult would eventually break the partnership having Mushfiqur, who showed no ill effects despite only just having recovered from a hamstring injury that ruled him out of the limited overs matches.

Shakib went past Tamim Iqbal and Mushfiqur to set a new gold standard for Bangladesh batsmen when he moved to 217 before Neil Wagner got him to chop on with an understandably tired shot.

Once New Zealand removed the star pair they were able to make short work of Mehedi Hasan who could only occupy the crease for 13 balls before being caught for a duck off Wagner.