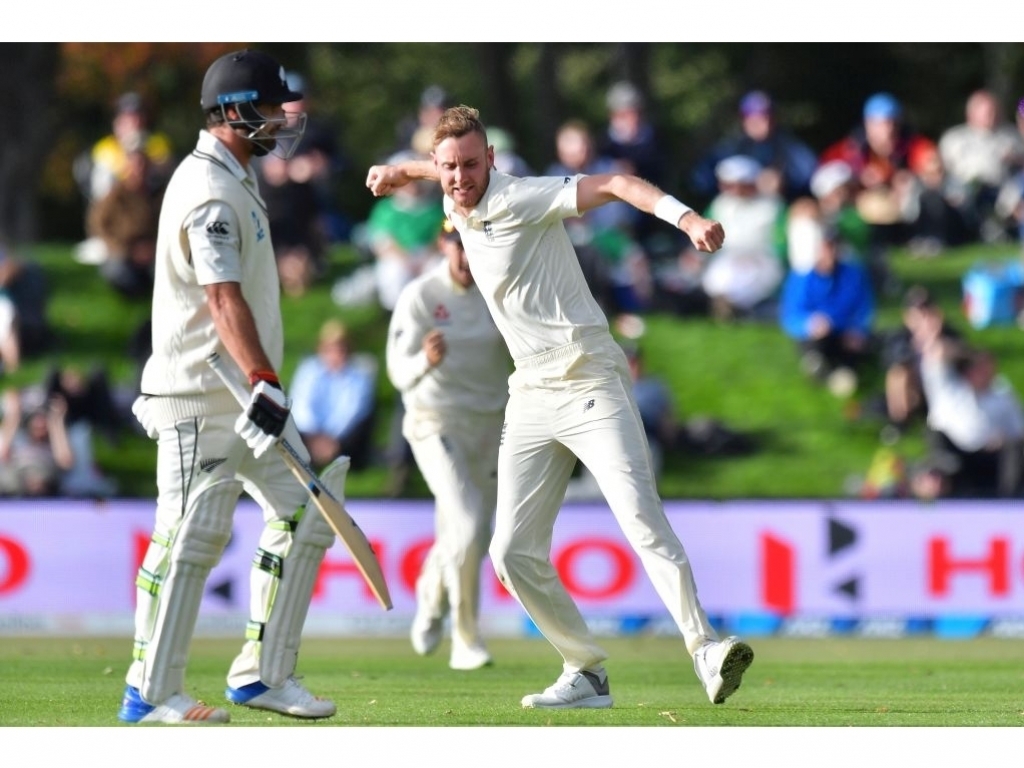 Fast bowler Stuart Broad took 4 for 38 on day two of the second Test against New Zealand at the Hagley Oval to put the tourists on top.

England resumed batting on day two on 290 for 8 but could only add 17 runs to their overnight score.

Jonny Bairstow (101) brought up a well deserved hundred early on the second morning but Trent Boult and Tim Southee (6/62) soon wrapped up the innings.

England were 307 all out, a score that looked imposing once Broad and Jimmy Anderson got stuck into the New Zealand top order.

Broad removed Tom Latham (0) before New Zealand had a run on the board and Anderson left the hosts reeling when he got Jeet Raval (5) in the fifth over to leave the Black Caps 14 for 2.

When he caught Jonny Bairstow off Trent Boult’s bowling @RossLTaylor became just the 6th player to take 300 international catches. Fleming (306), Dravid (334), Kallis (338), Ponting (364) and Jayawardena (440) the others to do it. #NZvENG #StatChat pic.twitter.com/N2nQj5w0Bf

In the eighth and tenth overs Broad sent Ross Taylor (2) and Henry Nicholls packing respectively and New Zealand were in a world of trouble at 17 for 4.

When Anderson had Kane Williamson (22) strangled down the leg side with New Zealand on 36 there may have been fears that the home side would be shot out in double figures but BJ Watling and Colin de Grandhomme stopped the bleeding.

Watling and De Grandhomme (72) would add 142 for the seventh wicket threatening to steal a march on the English before Broad returned to account for the allrounder late in the day.