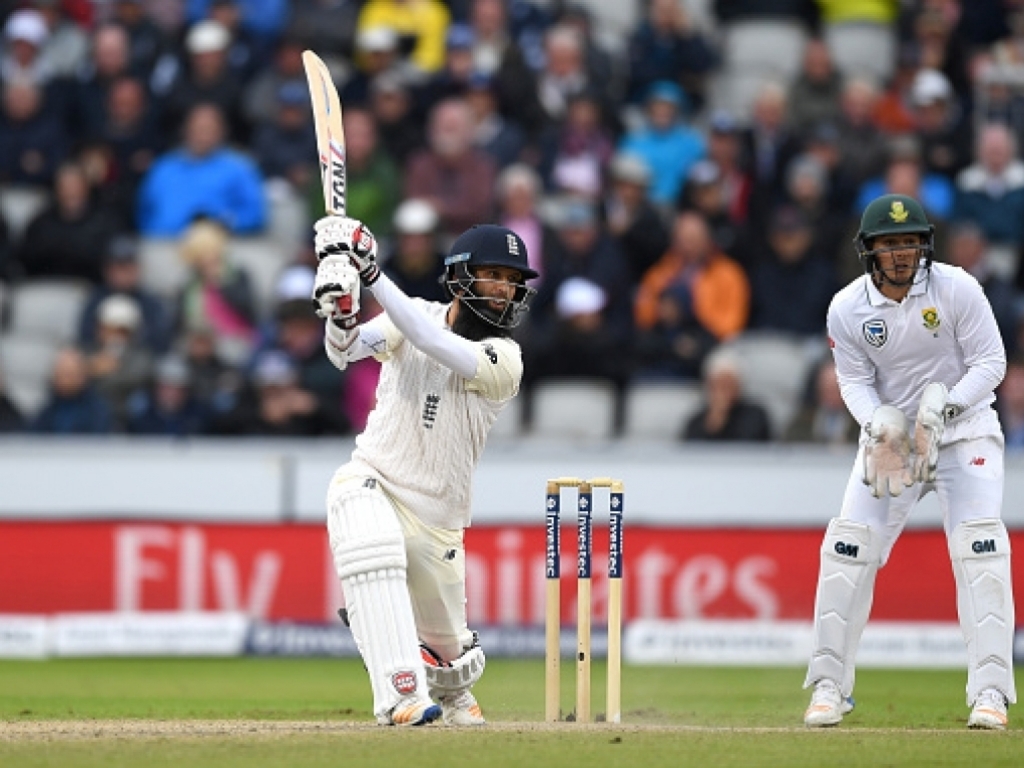 South Africa made a spirited fightback with the ball before a spectacular counter-attack by Moeen Ali made sure England maintained their advantage on the third day of the final Test match at Old Trafford in Manchester on Sunday.

At one stage the Proteas had the home team six down for 134 which placed England 270 ahead but Ali then put his foot down and when rain brought an early close the left-hander had contributed an unbeaten 67 off just 59 balls to a total of 224/8 which gave the them an overall lead of 360.

In the process Moeen made a mockery of the difficulties the other batsmen had in coming to terms with a difficult pitch as he launched a calculated attack on Proteas left-arm spinner Keshav Maharaj.

Earlier, the visitors’ bowlers showed good application as Morne Morkel got rid of Alastair Cook (10) and Tom Westley (9) in the first session after the Proteas were bowled out for 226.

Kagiso Rabada accounted for Keaton Jennings (18), who continued his horrible run of form with the bat, Maharaj got the scalp of Dawid Malan (6) and when Duanne Olivier got rid of Ben Stokes (23) the Proteas sensed they could do something special.

However, Moeen played with an attacking intent that belied the difficulties his teammates had encountered on a wearing pitch against a Proteas side that cannot wait to board a plane back home as they nurse their walking wounded.

With seamers Vernon Philander and Chris Morris missing the game due to back problems, slow-bowler Maharaj and opening batsman Heino Kuhn appear to have picked up hamstring strains during the game and are not operating at full titlt.

The only other England batsman to make a splash with the willow was their captain, Joe Root, who struck 49.

With two full days still available, although the weather could be an issue, England are unlikely to declare any time soon as it is the Proteas who have to make the running to win the match and square the series.

Olivier continued his upwards curve by matching his previous best figures of 3/38 and he will have the chance to improve further when England resume their second innings on Monday.