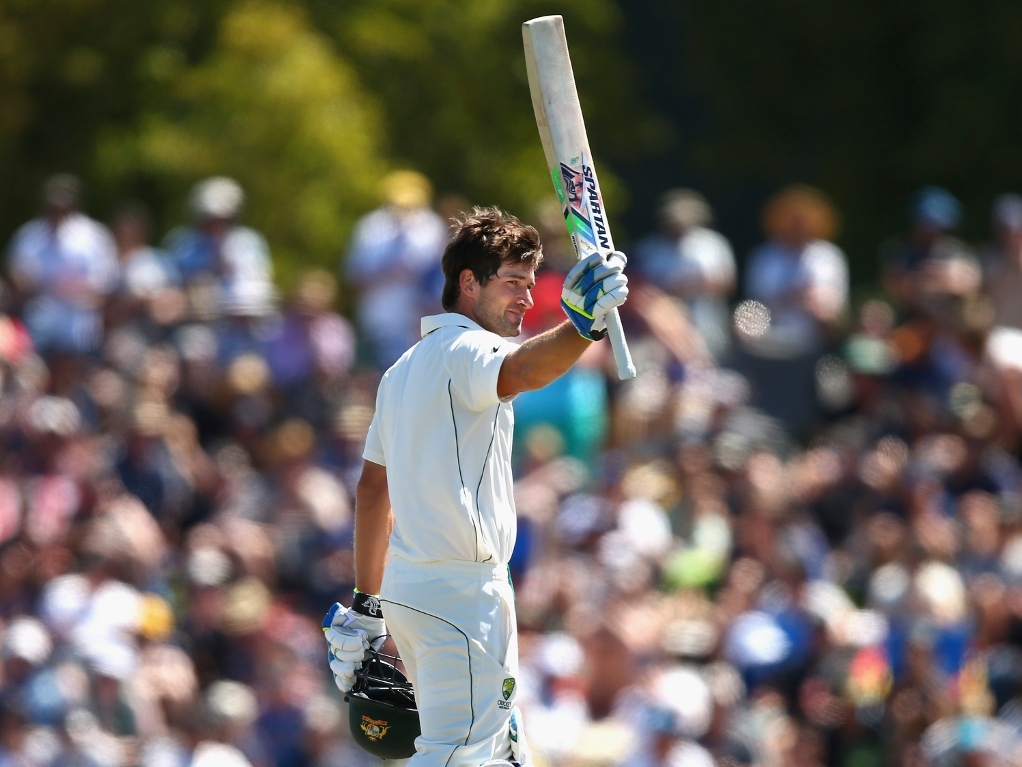 Centuries from Joe Burns and captain Steve Smith put Australia firmly on top of New Zealand after the second day of the second Test in Christchurch, reaching 363 for four at stumps, only a deficit of seven runs from the hosts' first innings score.

Opener Burns and Smith joined each other in the middle after the Kiwis got rid of Usman Khawaja within the first hour of play on day two and set about the bowling in patient fashion.

The two added 289 for third wicket with Burns (170) going to his third Test century, and career-best score, and Smith (138) his 14th ton on a surface that did not seem to help the bowlers as was to be believed on day one.

The Australian pair batted from the first session until well into the final hours of the day's play as the home team's bowlers toiled hard.

New Zealand's left-arm paceman Neil Wagner eventually made the breakthrough when Burns fell and he got his second scalp two overs later when Smith went.

Wagner was the pick of the Black Caps' bowlers, running in hard all day, with figures of two for 63 from 20 overs while Trent Boult claimed two for 85 in 24 overs.

Adam Voges ( two not out) and nightwatchman Nathan Lyon (four not out) will resume for the Aussies who will look to build a sizeable lead to put the home team under pressure to square the series.

Australia won the first Test by an innings and 52 runs to make sure they cannot lose the series.