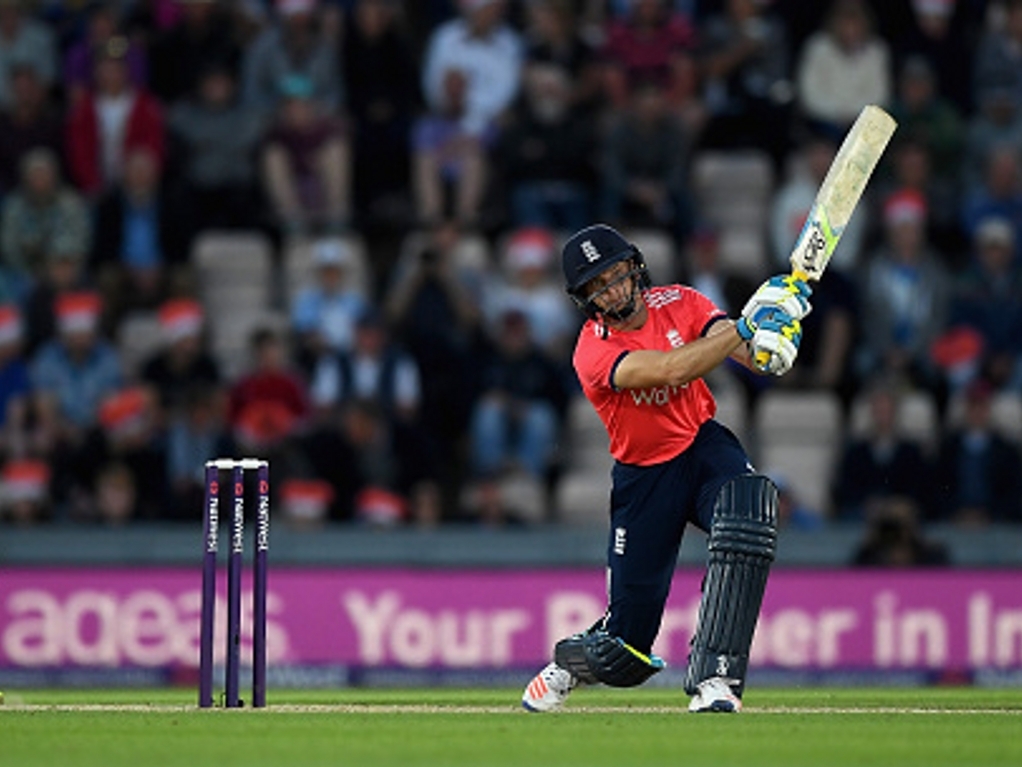 Sri Lanka's combination of toothless bowling, and shambolic batting led to their demise yet again, as England cruised to victory in the one and only T20I at the Rose Bowl.

Angelo Mathews won the toss and elected to bat on a bright late afternoon in Southampton, in stark contrast to the weather Sri Lanka's batting was a bleak affair.

Throughout the tour, Sri Lanka have struggled to build partnerships, and today was no different as a steady flow of wickets ensured Sri Lanka couldn't get close to posting a competetive score.

A mixture of injudicious strokes and suicidal running between the wickets meant Sri Lanka never really got going.

Kusal Perera looked like he was about to launch, when he spooned a short ball from Liam Plunkett to debutant Tymal Mills, Perera had 13 and Sri Lanka 17.

Sri Lanka's top scorer Danushka Gunithilaka got going but fell victim to his own aggression holing out to England's other newbie, Liam Dawson, to be dismissed for 26.

In Dawson's next over he took a simple return catch to send Kusal Mendis back to the dressing room with 21 to his name, leaving Sri Lanka 74/3.

Hometown hero, Dawson, made it three in three overs when he bowled the Sri Lankan captain, Mathews, to reduce the visitors to 81/4. Dawson would finish with figures of 3/27 to complete a dream debut.

For Sri Lanka the nightmare continued with Dasun Shanaka getting himself run out after facing just one ball, while attempting to take a crazy second run.

Ramith Rambukwella was called up to the squad and hit a beautiful straight six before he was run out as well, a dive would surely have seen him make his ground as James Vince pulled off a great direct hit from extra cover.

Dinesh Chandimal was left in an all too familiar role of trying to marshall the tail, and he could only watch as Seekkuge Prasanna was undone by a Plunkett corker for 1. Sri Lanka were seven down on 122 with 25 balls left.

Chandimal was next to go driving on the up to give Chris Jordan the first of his three wickets as Sri Lanka began to devolve at 129/8.

Sri Lanka lost their last two wickets off the last two balls as Farveez Maharoof tried to clear the boundary, but could only find substitute fielder David Willey in the deep.

Nuwan Pradeep was on a hiding to nothing and nothing was was he got on the ball from Jordan which clattered into his stumps to wrap up the Sri Lankan innings off the final ball.

The England Innings was dominated by Jos Buttler, promoted to open in the absence of Alex Hales,he smashed the Sri Lankan bowling to all corners of the Rose Bowl recording 73 not out off 49 balls.

England's only casualties were Jason Roy, who got a bit cute, trying a lap sweep off the third ball of the innings only to be bowled, and James Vince, who fell victim to some sharp work by Chandimal to have him stumped for 16 with England on 30.

Angelo Mathews was the only bowler to grab any wickets as he finished with figures of 2/27.

Buttler and England captain Eoin Morgan would steer the ship in to port though, as Morgan collected a quickfire 47 not out, and England cantered home with 15 balls to spare.

Sri Lanka have a lot of work to do before they host Australia, but must be looking forward to getting home after a dismal tour to England.