Buttler fifty edges England in to the driver’s seat 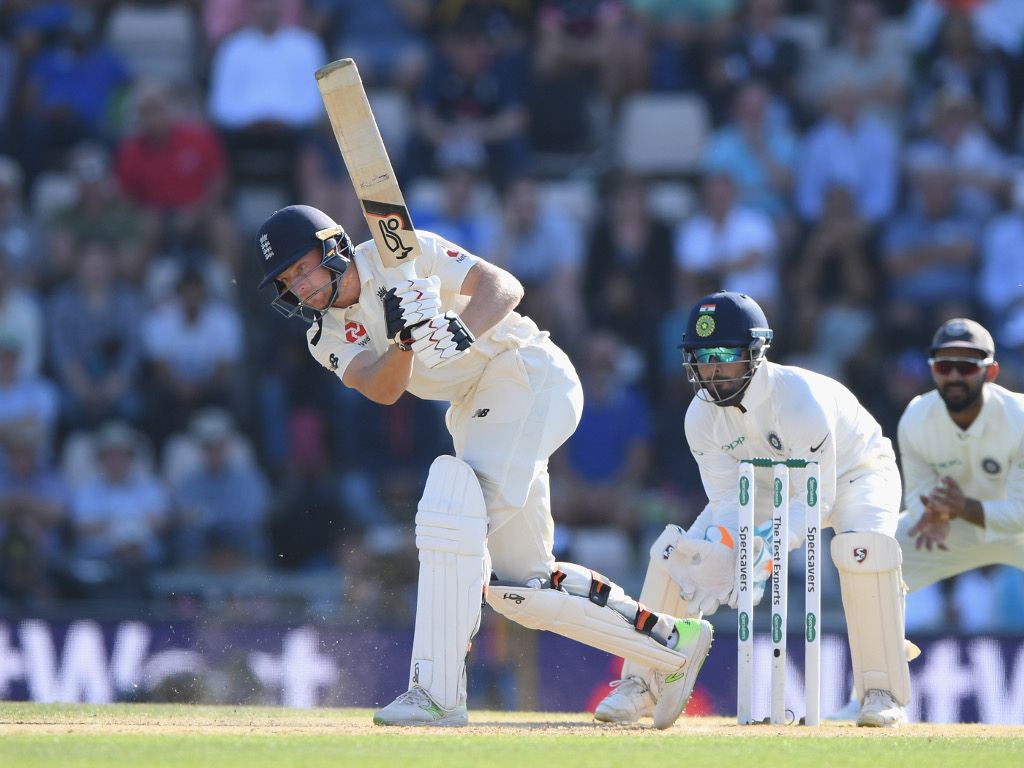 Another strong lower-order response to top-order failures helped England move into a strong position on day three of the fourth Test against India.

England started the day on 6 without loss but soon lost opener Alastair Cook (12) who couldn’t resist driving Jasprit Bumrah and nicked off and would lose another in the first hoir of play. Moeen Ali was promoted to number three after his 40 in the first innings but he got a ripper from Ishant Sharma and was caught in the slips for nine.

Keaton Jennings (36) and Joe Root threatened to take England to lunch without further loss but the former was trapped leg before in the final over before the break bowled by Mohammed Shami.

The first ball after lunch Shami cleaned up Jonny Bairstow for a first ball duck and India were buoyant. 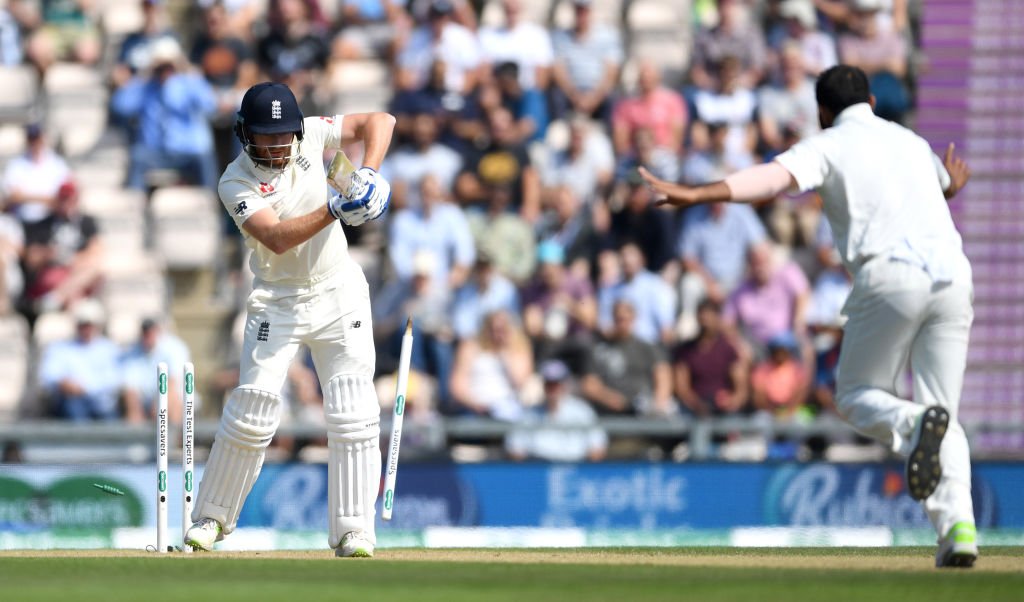 Root was run out shortly after the afternoon drinks break to leave England struggling at 122 for 5.

Ben Stokes and Buttler out on 56 for the sixth wicket though. When Stokes departed after Ravi Ashwin found his edge Buttler found another willing partner in Sam Curran and the pair added another 55 to move the target beyond what looks to be a challenging 200 mark.

Buttler (69) was adjudged leg before to Ishant Sharma who had taken the new ball alongside off-spinner Ashwin.

The day would end with the late wicket of Adil Rashid (11) that left England 260 for 8 at stumps leading by 233 runs. Curran remains unbeaten on 37 and will be the key to more England runs.

The match remains very much in the balance but with the pitch breaking up each run that England get tomorrow will make things that much harder for India in the chase.