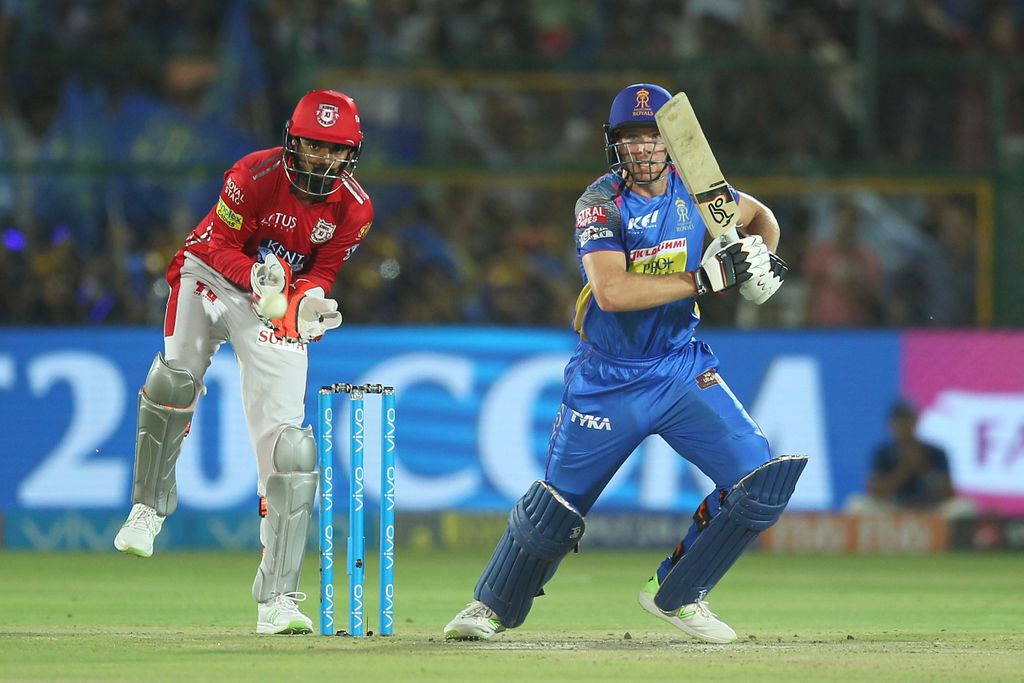 A destructive 82 by Jos Buttler and a disciplined bowling performance saw the Rajasthan Royals claim a 15-run victory over the Kings XI in and Indian Premier League (IPL) clash on Tuesday.

England international Buttler scored his runs off just 58 deliveries as the Royals posted a total of 158/8 in their 20 overs.

Buttler received little support from his other batsman with Sanju Samson scoring 22 while the only other players to post double-figures were Ben Stokes (14) and Stuart Binny (11).

Australia seamer Andrew Tye was the best bowler on show for the Kings XI with figures of 4-34 in his four overs while Afghanistan leg-spinner Mujeeb Ur Rahman picked up two wickets.

In the run-chase, Lokesh Rahul was the only batsman willing to fight for the Kings XI as he opened the batting and batted right through the innings and hit an unbeaten 95 but the visitors were 143/7 at the end to fall short.

To put Rahul’s innings into context, the next best score for the Kings XI was 11 by Marcus Stoinis, who batted at number eight.

The Kings XI just could not get the measure of Rajasthan’s bowling attack led by New Zealand leg-spinner Ish Sodhi with figures of 1-14 in his three overs.

The victory keeps Rajasthan’s hopes of making the IPL playoffs alive as they move into sixth position on the table while the Kings XI stay in third place.