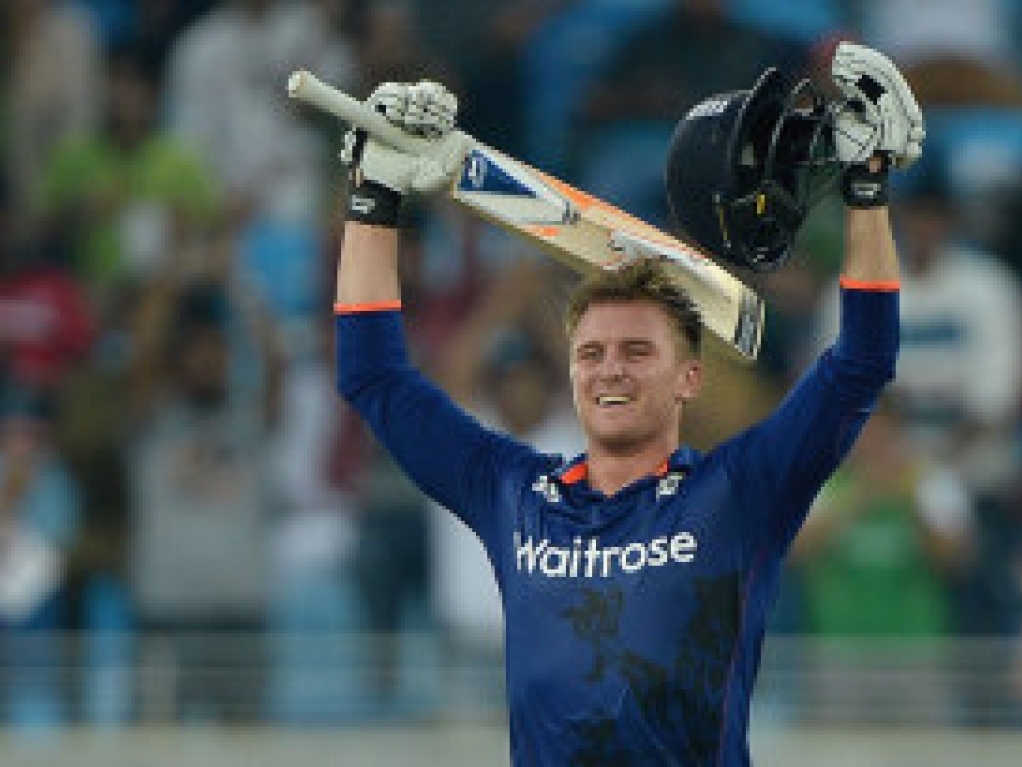 Jos Buttler scored England's fastest ever century in ODI cricket while opener Jason Roy hit his maiden international hundred as the Three Lions beat Pakistan by 84 runs in the fourth ODI to wrap up a comfortable three-one series victory.

Buttler smashed an unbeaten 116 off just 52 balls while Roy hit a more patient 102 off 117 balls as England amassed 355 for five in their 50 overs after they won the toss and elected to bat first.

The Three Lions' bowlers then stuck to their disciplines as the tourists bowled the Asian team out for 271 with more than nine overs still to spare.

England spinner Moeen Ali took three for 53 while fellow slow bowler Adil Rashid claimed three for 78 as England beat the hosts in the 50-over format after losing the three-match Test series two-nil.

The day however belonged to Buttler, who was struggling for form on the entire tour of the UAE with his place in the starting team coming under pressure from Jonny Bairstow.

In the previous match, which England won by six wickets, Buttler showed signs of coming back into form with an unbeaten 49, but he totally blew the Pakistan bowlers away on Friday.

Coming in at number four, it only took Buttler only 46 balls to reach the three-figure mark, which beat his own record for the fastest ODI century for England, which came off 61 balls against Sri Lanka at Lord's in 2014.

Buttler's heroics totally overshadowed Roy who batted with a calm assurance at the crease as he reached his first ton for England.

Roy and Joe Root set the platform for the big England total as they put on 140 for the second wicket after Roy and Alex Hales added 54 for the opening partnership.

The teams will now tackle each other in three T20 internationals, starting in Dubai on 27 November.