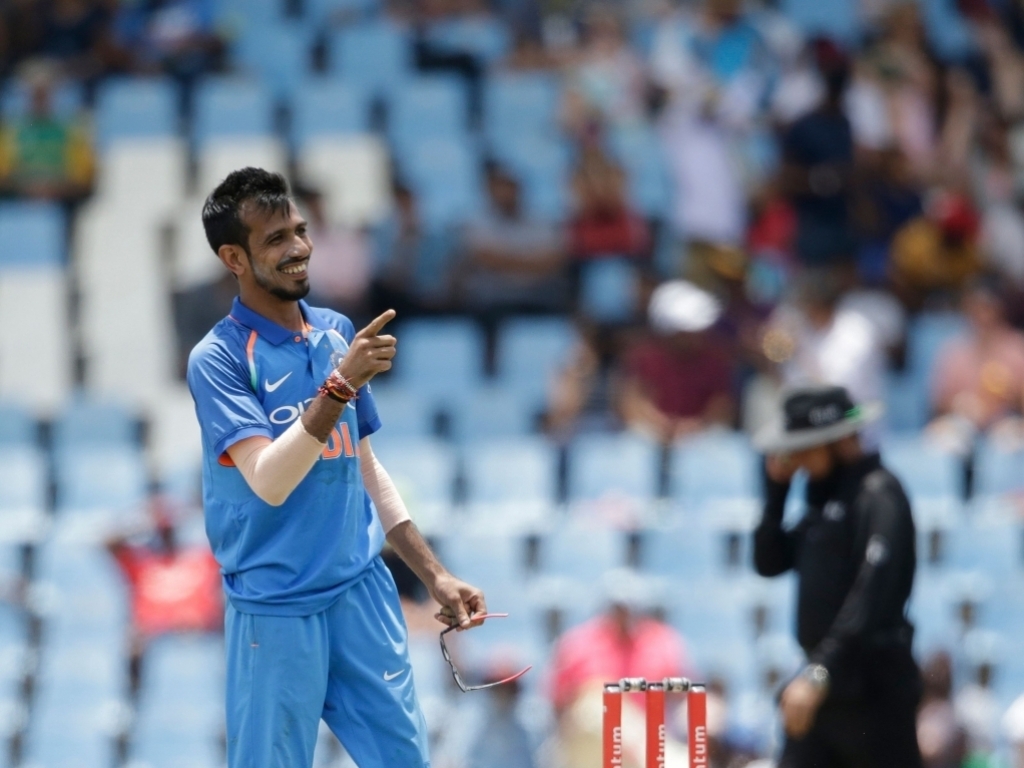 South Africa were humiliated by the mighty India at Centurion on Sunday where the visitors claimed a massive nine-wicket victory to take a two-nil lead in the six-match ODI series after bowling the Proteas out for a miserable 118 runs, which they went on to chase in just more than 20 overs.

Once again it was the Indian wrist-spinners that were home team’s undoing as Yuzvendra Chahal and Kuldeep Yadav took combined figures of 8-44 to decimate a feeble batting line up.

The sellout Supersport Park crowd’s disappointment at the embarrassing loss will be further compounded by the fact the match was over straight after the lunch break.

In a most farcical fashion, the lunch interval was taken when India were 117/1, requiring just two runs for victory – a ludicrous situation that at least helped the bars to sell a few more pints of beer.

It will be interesting to see how many locals return for the sixth and final ODI, which is at the same ground.

The pathetic performance by South Africa showed the extent to which the team depends on it’s middle-order stalwarts, captain Faf du Plessis and AB de Villiers, who are both out of action with finger injuries.

Hashim Amla (23) and the out-of-sorts Quinton de Kock (20) got off to a sluggish but steady start on a surface that started out a little slower than usual.

Amla then got himself in an ugly position to a back-of-a-length delivery from Bhuvneshwar Kumar and edged behind.

When de Kock holed out pulling a long hop from Chahal (5-22) it was the start of a collapse of three wickets falling without a run being scored.

Aiden Markram (8), the 23-year old stand-in captain who can’t read a googly, was out the very next ball in exactly the same fashion as he was caught on the boundary after pulling a Yadav long hop.

Dave Miller (0) was then caught at slip as he went forward a bit too hard at a tossed up top-spinner from Yadav. 51 for 4 and South Africa were in a right mess.

JP Duminy (25) and debutant Kaya Zondo (25) then managed the Proteas’ only respectable partnership, of 49 runs, but Zondo soon fell as he skied a Chahal in an attempt to stimulate the flagging run rate. India were relentless as the last five wickets went for a paltry 19 runs.

South Africa had lasted only 32.2 overs and as there was still 90 minutes until the scheduled lunch break, India put their pads on and came out to quickly make a mockery of this target.

Rohit Sharma (15) was the only casualty as he hooked Kagiso Rabada badly to Morkel at fine leg. Shikhar Dhawan (51 not out) and Virat Kohli (46*), who must be starting to enjoy this tour, made no such mistakes at they chased up necessary runs in a little over an hour.

South Africa won the Test series but India’s determined win of the third “dead rubber” Test certainly seems to have marked a turning point of this tour.

The hosts are plagued by injuries to their two best batsmen and do not have spinners that can trouble the Indian batsmen in the same way that Chahal and Yadav have terrorised the hosts.

After the last ODI, Faf du Plessis told us at the press conference that the Proteas will not be picking two spinners in any home games and then the next match Tabraiz Shamsi replaced all-rounder Andile Phehlukwayo in a line-up that already looked a batsman short.

Shamsi bowled only three overs and went for 18 runs.

South Africa could gamble by asking groundsmen to produce green-top wickets but, after all the controversy surrounding the Test series pitches, that doesn’t seem very likely.

It is also taken for granted that the ICC expects limited overs surfaces to keep television viewers happy with true and high-scoring pitches.

The Proteas will be desperate for one of their batsmen to come off in the third ODI at Newlands on Wednesday. Farhaan Behardien definitely deserves an opportunity to put his hand up for a good performance.

India on the other hand will be starting to fancy their chances of administering good old fashioned 6-0 whitewash of a hiding.

By Nick Sadleir in Centurion