Chameera pace puts Sri Lanka back in it 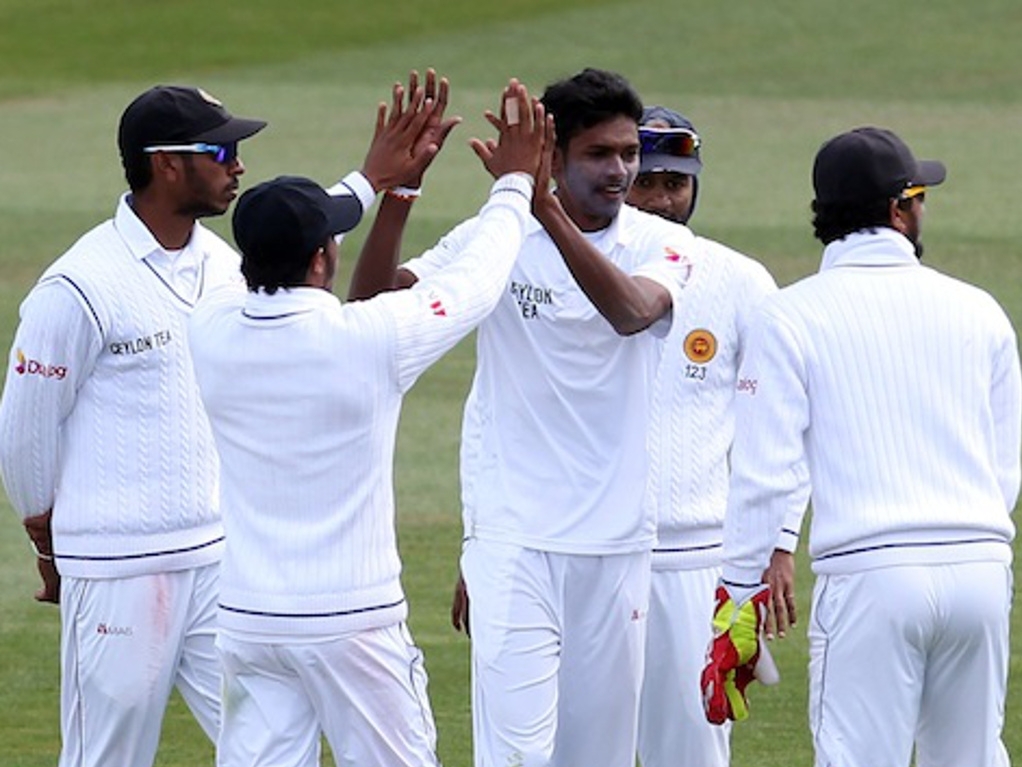 Sri Lanka ended day two of the second Test against New Zealand in the stronger position, restricting the Kiwis to 232 for nine and holding a lead of 60 runs, thanks to Dushmantha Chameera's five-fer.

The fast bowler was on song all day, and dashed the hosts' hopes of an easy win in Hamilton. Sri Lanka had been bowled out for 292 within the first few overs of the day, and the wickets kept tumbling.

The day began with Sri Lanka still batting, on 264 for seven. They had done well with the bat initially on day one, but late wickets made them vulnerable, and the fresh bowlers in the morning wrapped it up, with Doug Bracewell the main threat.

As such, New Zealand started their innings well before lunch, and also did well at the start. They put on a stand of 81 for the first wicket, with Martin Guptill leading the attack.

Tom Latham was the man to fall to break that partnership, as he was Chameera's first victim. The paceman removed three of the top four batsmen as the Kiwis went from 81/0 to 89/4.

Rangana Herath broke the monopoly by removing Guptill for 50, and also claiming Brendon McCullum's wicket. The skipper was out for 18 after resisiting for 52 deliveries.

The lower middle order did try to steady the ship, with Mitchell Santner making 38 off 105 balls, and BJ Watling adding 28 runs. But Chameera had the final say, skittling Tim Southee and Neil Wagner as the day faded.

Bracewell was still unbeaten on 30 at the close, which came with the fall of Wagner's wicket, and it looks like Sri Lanka will start their second dig with a bit of a lead as long as there's no wagging of the tail.