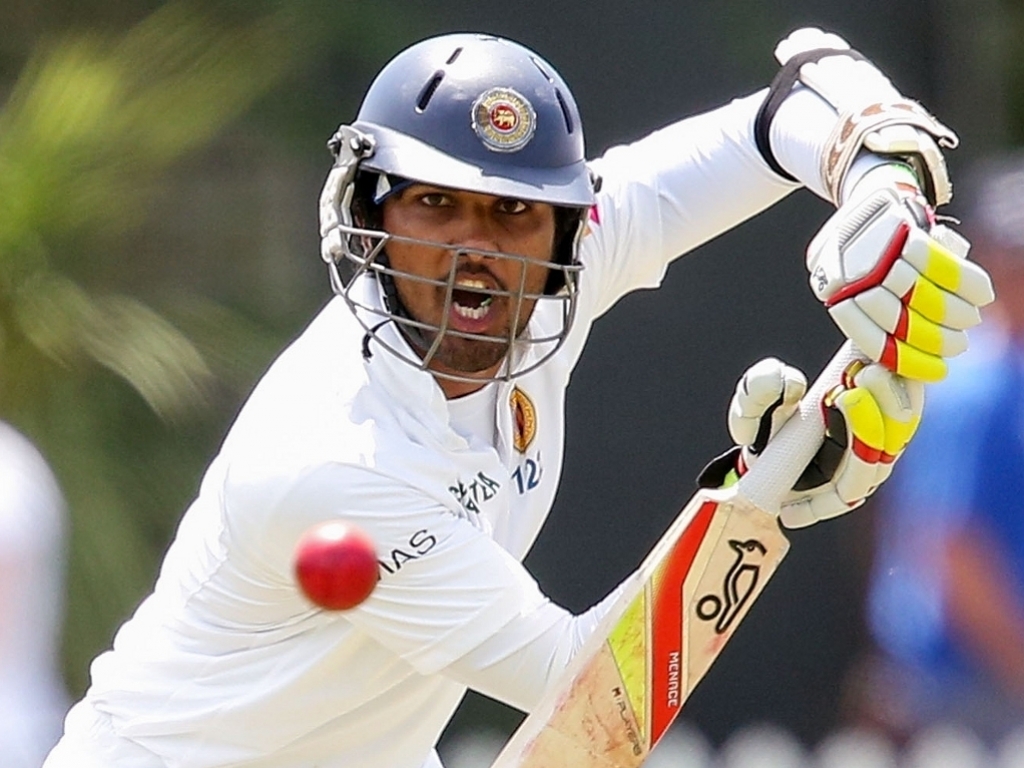 Sri Lanka were still 234 runs behind New Zealand at stumps on day two of the first Test in Dunedin, but Dinesh Chandimal's courageous batting saw them to 197 for four after wicket clumps.

Chandimal was on 83 not out at the close, off more than 200 balls, as Sri Lanka bowled the hosts out for 431, and then lost two early wickets. They then lost another pair with the score in the 150s.

The day began with The Black Caps on 409 for eight, with Doug Bracewell set on 32. He went on to make 47, but Nuwan Pradeep wrapped up the innings fairly quickly, removing both remaining batsmen.

Sri Lanka's innings was one of extremes, and Dimuth Karunaratne and Chandimal made scores in the 80s, but everyone else was out cheaply. All or nothing, as Kusal Mendis, Udara Jayasundera, and Angelo Mathews got single figures.

At the close, Chandimal had Kithruwan Vithanage at the other end on 10, and he had face 49 balls for those runs. It was tough going for the Sri Lankans, and they've not yet avoided the follow on.

There is rain forecast for the next two days, sporadically at least, which could help the Sri Lankans settle a bit, or give the Kiwis more swing to work with.