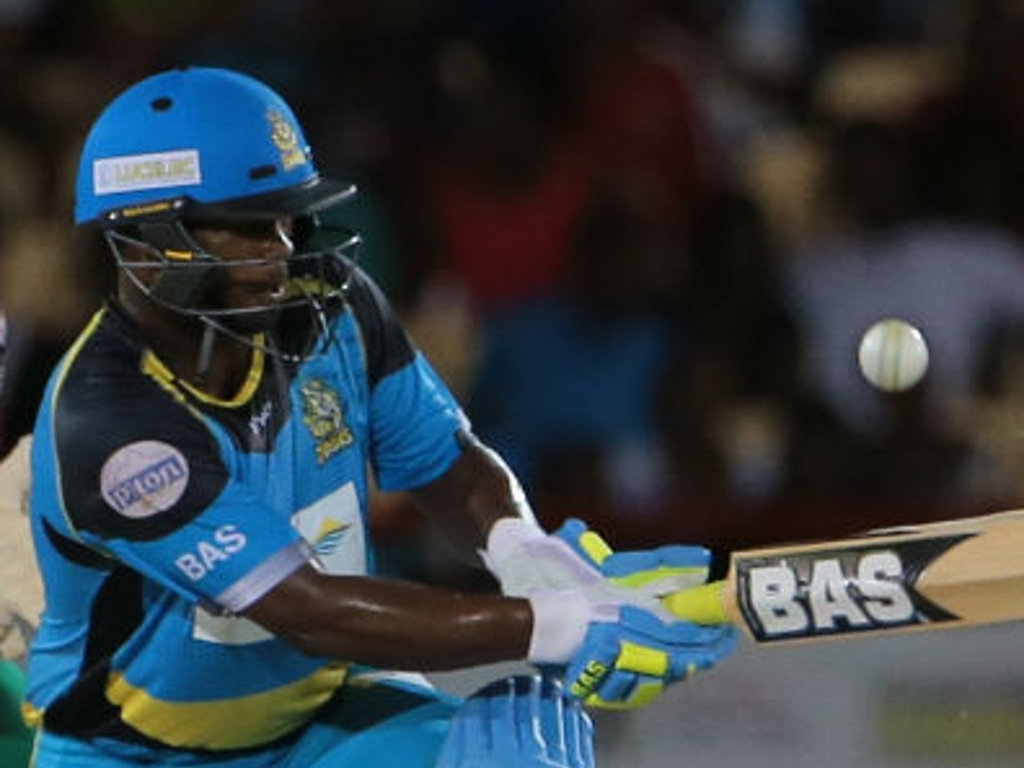 A match-winning stand between Shane Watson and Johnson Charles saw the St Lucia Zouks to victory over Guyana Amazon Warriors at the Caribbean Premier League (CPL) on Sunday.

Charles made a career best 94 not out as the Zouks made it three wins from three from their home leg to put themselves in the mix for finals week in St Kitts & Nevis. The two batsmen paced the chase perfectly as they reached the victory target with some ease.

Another impressive Zouks bowling performance in the six over PowerPlay kept the Amazon Warriors to just 28 runs inside the fielding restrictions. The Amazon Warriors lost opener Nic Maddinson in the first six having made two off 10 balls.

Maddinson was playing his first CPL match and his first game of cricket of any kind since March and he struggled to get going, departed bowled by Jerome Taylor.

Fellow Australian Chris Lynn continued the excellent form he has shown throughout this CPL on his way to 86 from 45 balls. Lynn was already the leading run scorer for the Amazon Warriors before this game and he further extended his lead over his teammates and became the number one run getter in CPL 2016, going past Hashim Amla. With Martin Guptill now away with New Zealand Lynn’s contributions will be more important than ever and he has taken on that responsibility with relish.

Lynn combined with Dwayne Smith to put on a 100 runs for the second wicket as the Zouks lost their way under the pressure of that partnership. Things began to improve for the home team when man of the hour Daren Sammy dismissed Smith for 56 (50). Since the Beauséjour Stadium was renamed the Daren Sammy Cricket Ground he can do no wrong.

There was some sloppy fielding from the Zouks, not least from Charles who spilled two simple chances, but there were some highlights for the Zouks with the ball as the innings came to a close. Jerome Taylor was one of those shining lights, producing a brilliant spell of 2-26 off his four overs.

Lynn was on strike for final over, well set on 86 with a hundred in his sights. He went to the very first delivery of that Shane Watson over, brilliantly caught by Keddy Lesporis.

The West Indies’ Under-19 World Cup winning captain Shimron Hetmyer fell to the very next ball for a duck as the Zouks finished well with the ball after a shaky middle of the innings. Watson took two wickets and conceded just one run from the 20th over as the Amazon Warriors finished on 159-9.

Chasing 160 the Zouks got off to a poor start when Andre Fletcher was bowled by the CPL’s leading wicket taker Sohail Tanvir for just three runs. From there it was all about Watson and Charles who both made half centuries as they put together a 151 run partnership – the best stand in this season’s CPL.

None of the Amazon Warriors bowlers could find a way to keep the Zouks scoring rate in check as they looked a little ring-rusty. Captain Rayad Emrit could have dismissed Charles in the 11th over when a leading edge fell just short of the fielder.

Then Jason Mohammad dropped Charles when he was on 76. With those chances missed Charles took his side home with match a winning contribution.

The Zouks got home for their third successive victory with ease, winning the game with nine wickets and 23 balls to spare to move into a qualification spot for the first time this season.

With another match at home before the Zouks take on the Jamaica Tallawahs in Florida they are looking good for their first ever appearance in the CPL knockouts.