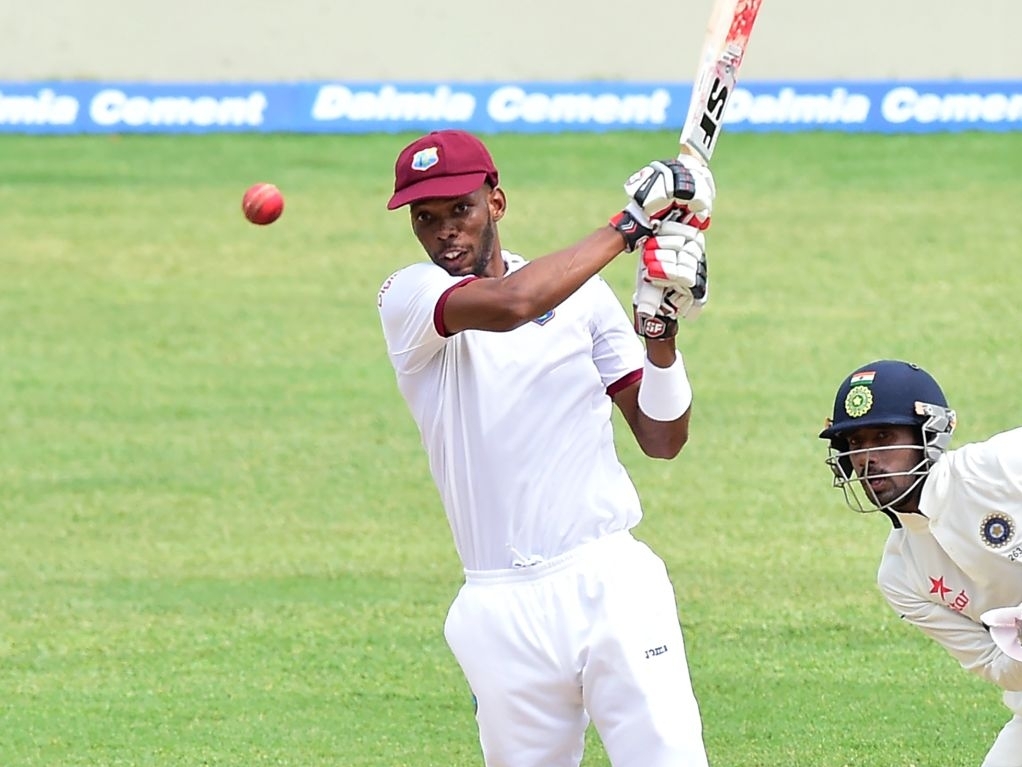 A maiden test century from batsman Roston Chase led the West Indies to an improbable draw on the final day of the second Test match against India.

The West Indies started the day needing 246 to make their opponents bat again, having resumed in Kingston on 48/4.

After losing four wickets in just 15.5 overs on the fourth day, the West Indies only gave up two more on the final day thanks to Chase's determined batting performance.

Chase scored an unbeaten 137 off 269 balls, while skipper Jason Holder (64 not out) provided the support to hold off India in the last session.

Scores of 63 from Jermaine Blackwood – who was caught at short leg by Cheteshwar Pujara off the bowling of Ravichandran Ashwin – and 74 from Shane Dowrich helped keep the hosts ticking over before Holder guided Chase over the line.

With West Indies at 388-6 in Jamaica and with only a few overs remaining, Indian captain Virat Kohli conceded the draw.

The third Test starts on August 9 with India leading the four-match series 1-0.