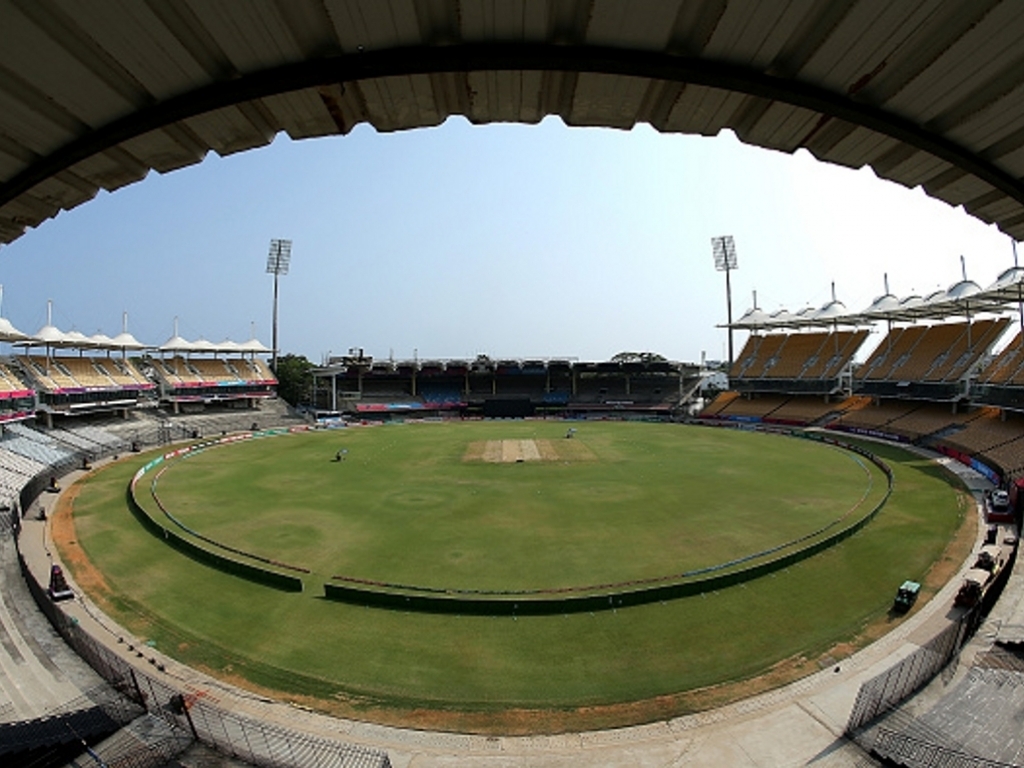 The spiritual home of cricket in the state since the start of the Presidency matches in 1916, the MA Chidambaram Stadium, noted for its sporting pitches.

Better known as Chepauk, taken from the area of its existence, the first Test played here was in 1933-34 between Douglas Jardine’s England and CK Nayudu’s India. For long, Test matches at Chepauk were synonymous with the Pongal (Harvest) festival. There have been records galore at this venue.

History was made with the first ever Ranji Trophy match played at the venue when AG Ram Singh, with 11 wickets, bowled Madras to victory over Mysore within a day. India recorded their first Test win at the ground in 1951-52 when they defeated England by an innings and eight runs. Sunil Gavaskar notched up his record breaking 30th Test hundred on this ground in 1983-84. The India-Australia encounter in 1986-87 ended in a tie – only the second in the game’s long history. The next season, leg spinner Narendra Hirwani claimed the best match analysis by a player on Test debut, finishing with 16 for 136.

But more than the records, what stands out at Chepauk is the atmosphere and the crowd, reputed to be the most knowledgeable and appreciative in the country.

This was proved when those present gave a standing ovation to Saeed Anwar after his record breaking 194 against India in the Independence Cup match in 1997 and again when Pakistan won the Test match in 1999. A truly overwhelmed Pakistani team even made a lap of honour in appreciation of the spectators’ sporting behaviour.

The renovation was completed in 2011 and the old roofing with pillars that often blocked the view in the old stadium were replaced by light quad conical roofing held together by cables.

The stadium can currently accommodate 38,000 spectators which will be expanded to 42,000. The stands are at a gradient of 36° and lets the sea breeze in to get the ground’s traditional swing back.

On 31 March 2015, the Supreme Court ruled that the renovation violates regulations relating to public safety.

The court ruled that the parts of the renovation which violate the regulations must be demolished and until the appropriate planning permissions are issued and the demolition is complete, three stands must remain sealed.

Cricket matches take place in the stadium with the I, J, and K stands locked for spectators.

The city was caught in the path of cyclone Vardah with damage done to the stands, floodlights and sightscreen.

A double ton from MS Dhoni and 12 wickets for Ravi Ashwin helped India power passed Australia in 2013 with a Michael Clarke ton not enough to save Australia from a 8 wicket defeat.

Speaking about the lack of net sessions ahead of this Test Alastair Cook told ESPN Cricinfo: “This will be my 140th game and I’ve never played a in a game when we haven’t had nets before. But sometimes you do have to remember what happened in the cyclone, when people unfortunately lost their lives. So a net session the day before doesn’t seem quite as important after what people have gone through.”

Curator K Parthasarathy told the Hindustan times of the extraordinary method used to dry the pitch: “We used charcoal on a tray to dry the pitches. We placed them on stumps so that they don’t come in direct contact with the pitch and blacken them.”

The curator also felt the pitch and outfield would be in good shape adding: “The pitch is in good condition and the ground will also be ready tomorrow (Thursday). We have also prepared the practice nets and hope there is no rain tonight.”

Kohli’s ton here last time out puts him at the head of those who have fond memories of this ground while the same can be said of Ashwin who grabbed 12 wickets here in his only Test at the venue in 2013.

James Anderson and Alastair Cook are the only English players to have turned out here before with the latter scoring 52 and 9.

There is some rain about but no major disruptions to play are expected.

The pitch is a bit of an unknown with the amount of moisture around and the charcoal treatment used to dry the pitch it may not behave the way it usually does in Chennai.

The majority of skippers who win the toss in Chennai bat first but the uncertainty caused by the extreme weather may prompt the toss winner to gamble on having a bowl.