Chennai remain top of the pops with easy win 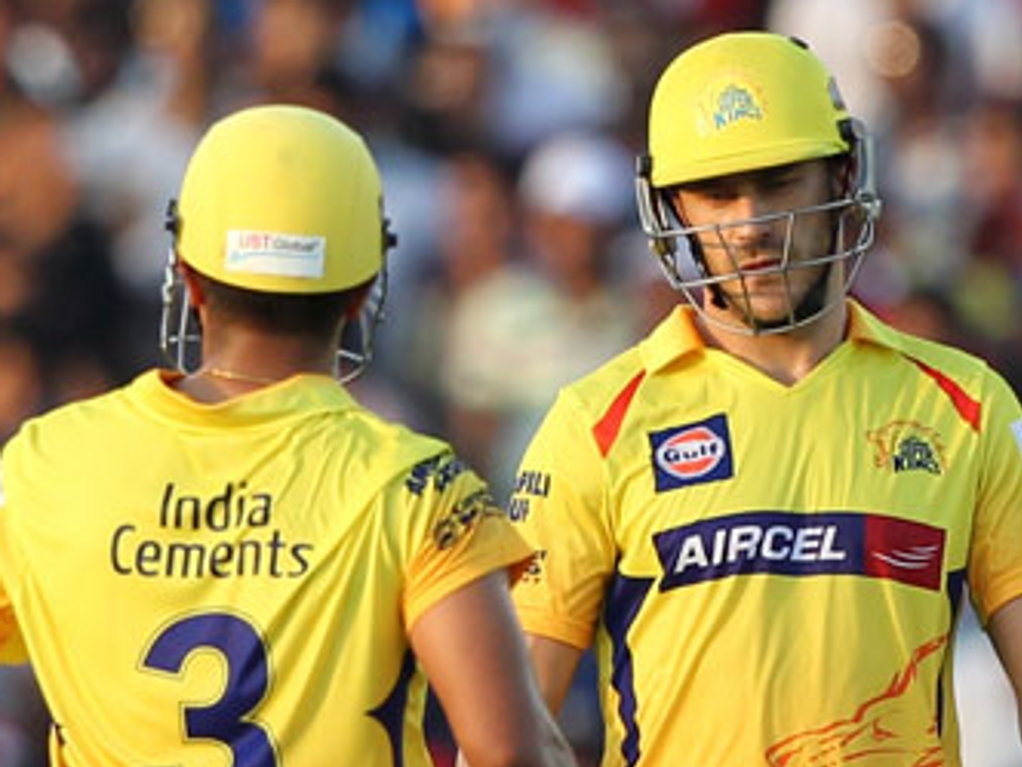 The Chennai Super Kings ensured they remained top of the Indian Premier League standings going into the play-offs next week when they romped past the wooden spooners Kings XI Punjab by seven wickets on Saturday.

Last-placed Punjab were never in the game really, as they recorded 130 for seven, and Chennai chased that down with more than three overs to spare, with a half ton from Faf du Plessis doing the bulk of the damage.

KXIP won the toss and opted to bat, with skipper George Bailey hoping for a shock upset or his middle order of superstars finally firing. Neither of those things happened as the Super Kings bowlers shared the spoils.

Glenn Maxwell's dismal tournament continued, making just six, while Bailey and David Miller reached double figures and were then removed soon afterwards. The top score was 32 from Axar Patel, the main reason they advanced past 100.

The chase was a simple one for the men in yellow, despite losing both openers for single figures. Mike Hussey, in the side for Dwayne Bravo, was out for one, while Brendon McCullum ended his IPL on a failure, making just six. He will now go to England for the Tests.

Du Plessis and Suresh Raina took the score from 10/2 to 102, before Faf was bowled by Rishi Dhawan for 55 off 41 balls. Raina continued the charge and ended on 41 not out, while MS Dhoni was on 25 off 16 balls.