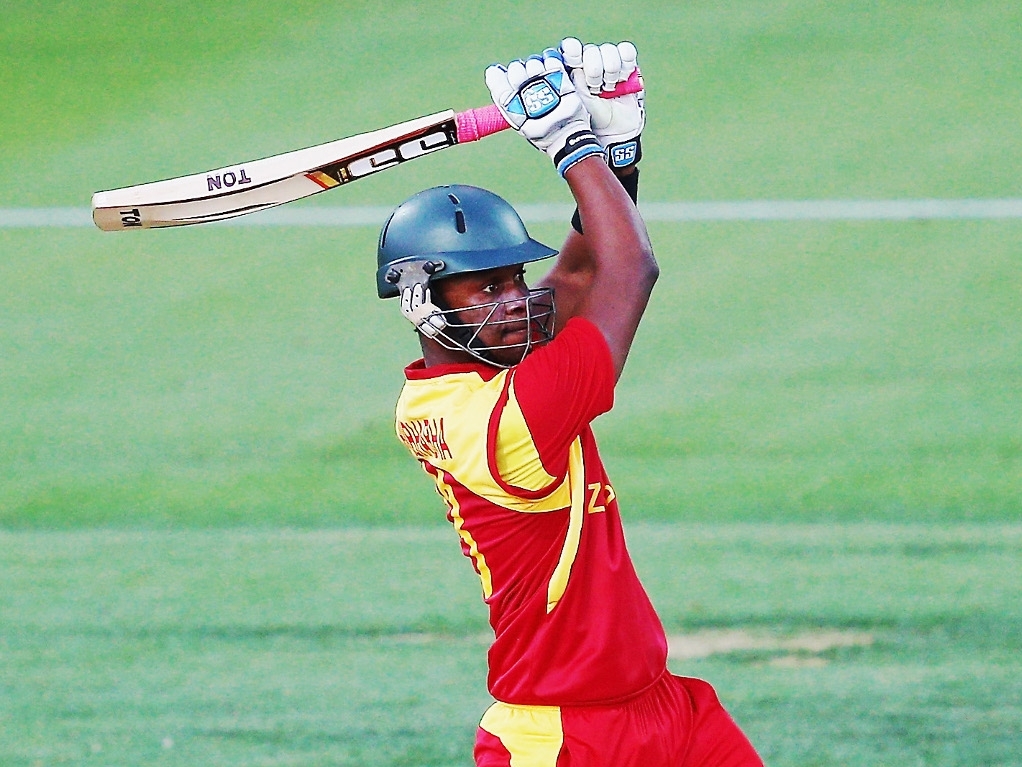 A patient innings of 90 from opening batsman Chamu Chibhabha helped Zimbabwe beat Pakistan by five runs (D/L) in the second ODI to level the three-match series at one-all.

Chibhabha scored his runs off 125 balls and together with his captain Elton Chigumbura, who hit 67, help the hosts post a total of 276 for six in their 50 overs after the Pakistan captain Azhar Ali won the toss and bowled first in Harare.

After a cautious start that saw the home team only score 118 runs in the first 29 overs, the innings was given a late boost by Chigumbura, who scored his runs in only 55 balls, and Sikandar Raza who hammered 32 from just 21 balls towards the end.

Left-arm paceman Wahab Riaz was the pick of the visitors bowlers taking four wickets in his 10 overs, even though he did concede 63 runs.

The Asian side made a horrible start to the chase as they were reduced to 76 for six in the 22nd over as they could not get to grips with some disciplined bowling from the hosts.

Shoaib Malik (96*) and Aamer Yamin (62) began the fightback with a partnership of 111 for the seventh wicket as Zimbabwe looked a touch nervous in the field.

After a rain-delay, with Pakistan on 256 for eight and still needing 21 from 12 balls with Malik in full flow, the umpires deemed the light unfit for play giving Zimbabwe a win by five runs on the Duckworth Lewis method.

The third and deciding ODI takes place in Harare on Monday.