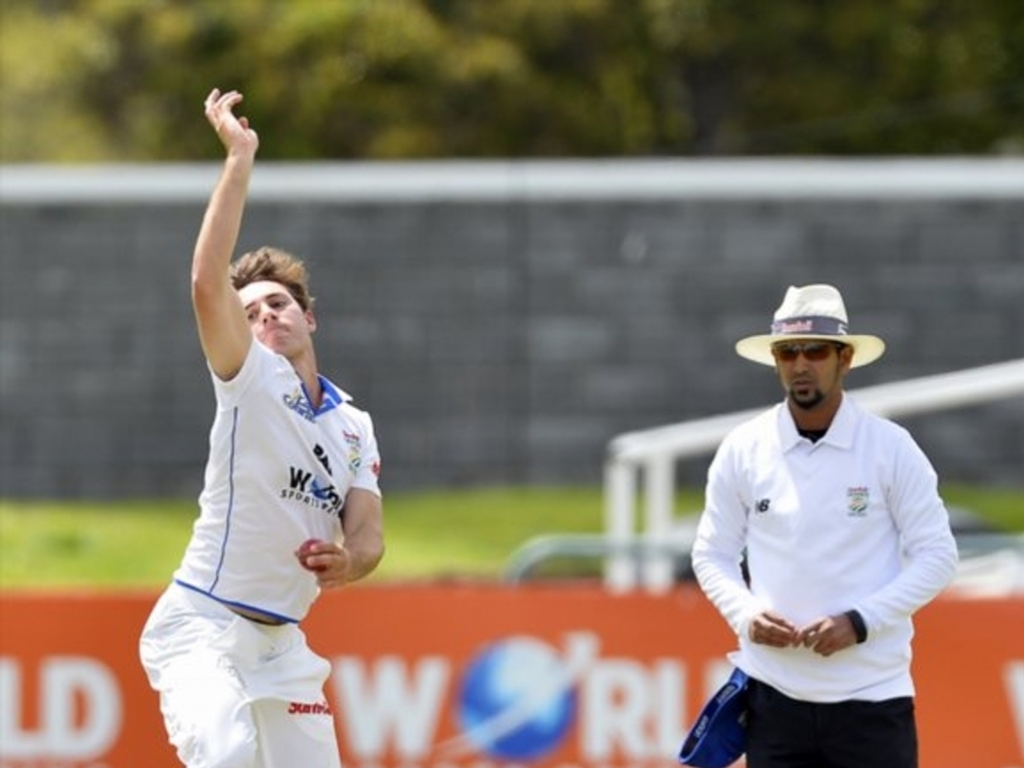 Michael Cohen took two wickets as the Cape Cobras had the better of a severely shortened day one of their Sunfoil Series clash against the Warriors at Newlands in Cape Town on Monday.

The rookie left-arm seamer took two for 37 to leave the visitors on 82 for three in the 28.3 overs that were possible.

After a wet outfield held up play at the start, the hosts won the toss and opted to bowl first, but rain returned late in the day to jolt their progress.

Cohen’s victims were openers Eddie Moore for 19 and Gionne Koopman for 15, while the third wicket was snapped up by Lizaad Williams when he had trapped Colin Ackermann for 9.

Yaseen Vallie was unbeaten on 26 at the close and leading a mini fightback for the Warriors, alongside Jerry Nqolo (12).