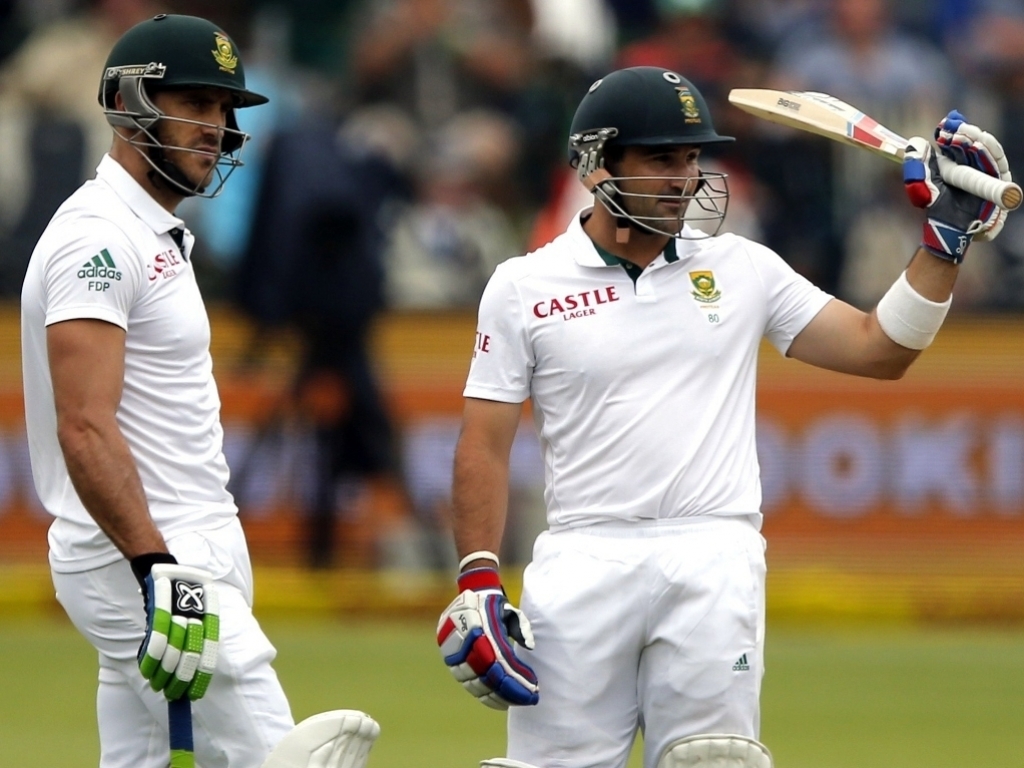 South Africa enjoyed a sedate yet successful first day in Port Elizabeth, reaching stumps in the second Test against the West Indies on 270 for two, thanks to a big second-wicket stand.

Dean Elgar and Faf du Plessis put on 179 runs together over the course of most of the day, with Elgar adding a century to his records and Du Plessis ending the day unbeaten on an agonising 99.

The visitors, a Test down, won the toss and opted to bowl first at St George's Park, and it was soon clear that bowling was going to be a draining affair. Debutant Kenroy Peters faced an uphill task.

The openers, with Alviro Peterson keeping his place despite poor form, put on 47 runs together in the first 12 overs before he was removed. Peterson was caught in the deep by Leon Johnson off Shannon Gabriel, for 17.

And so the marathon stand, a speciality of Du Plessis', began. The pair, ideally suited to attritional batting that can weary even the most upbeat attack, slowed the pace before lunch but then picked it up slightly in the afternoon.

He was eventually out in the evening for 121, caught behind by Denesh Ramdin, who had earlier missed a stumping, to give debutant Peters his first Test wicket.

This left Hashim Amla, talk about out of the frying pan and into the fire, to join Du Plessis. The skipper was on 17 at the close, while Du Plessis needed just the one run for his century after facing 228 balls.

The Windies will be disappointed by their efforts in the field, with some chances going begging as well as that stumping, and the five wides and seven no-balls will not please their coaching staff.