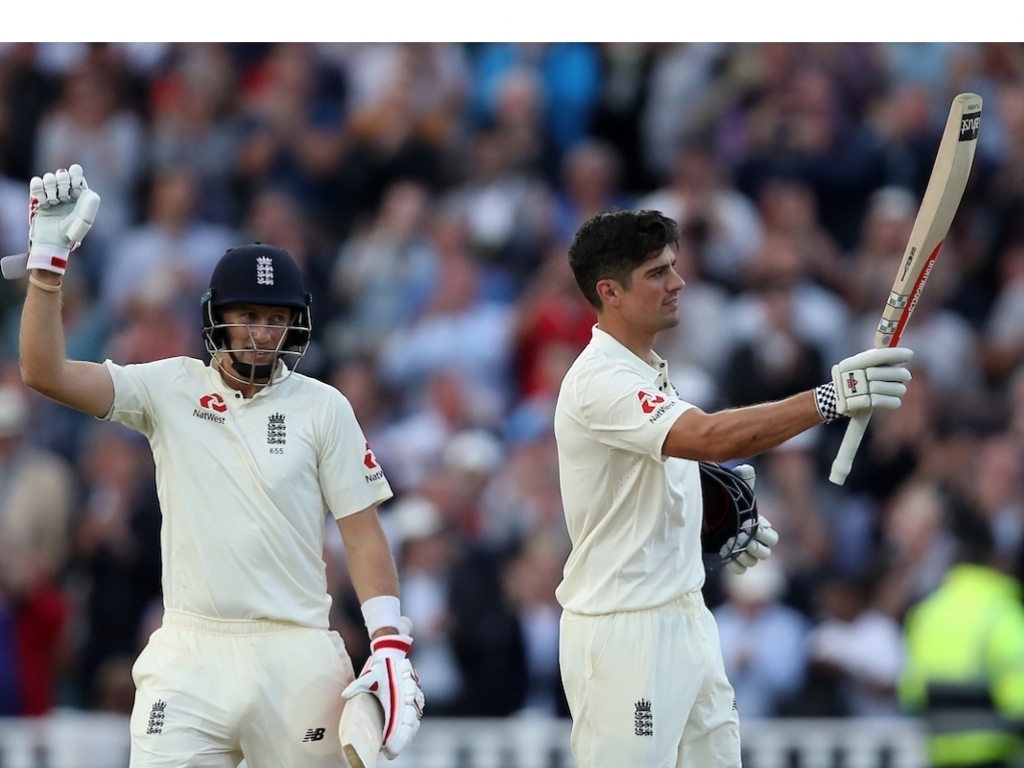 An almost predictable early wobble from the England top order didn’t stop Alastair Cook and Joe Root from putting the hosts in charge by stumps on day one of the first Test against the West Indies.

The first over of day/night Test cricket in England was an eventful one after Root won the toss and elected to bat.

Kemar Roach bowled the first over with Shannon Gabriel not fit to take part in the series opener.

Roach bowled a horrendous wide which was the first ball debutant Mark Stoneman faced, the Surrey opener clubbed two fours in that first over.

However Stoneman (8) was undone by a Roach inswinger in the third over of the day as the movement left him unable to prevent the ball from castling him.

Tom Westley’s lean start to his Test career continued as he could only match Stoneman’s score before being trapped leg before by Miguel Cummins on review, England were 39/2.

Cook and Root came together and did not look like they would be parted with batting becoming easier as the ball got older.

Root became the first man to hit a hundred in a day/night Test in England while Cook would move to the top of England’s all-time home Test runscorers on his way to his 31st Test century.

The pair added 248 for the third wicket which fell in the 75th over of the day.

Roach bowled Root (136) and the skipper will not be pleased with the loose drive he was trying to play to the full straight delivery.

Dawid Malan was offered a life when he was dropped early on by Kraigg Brathwaite.