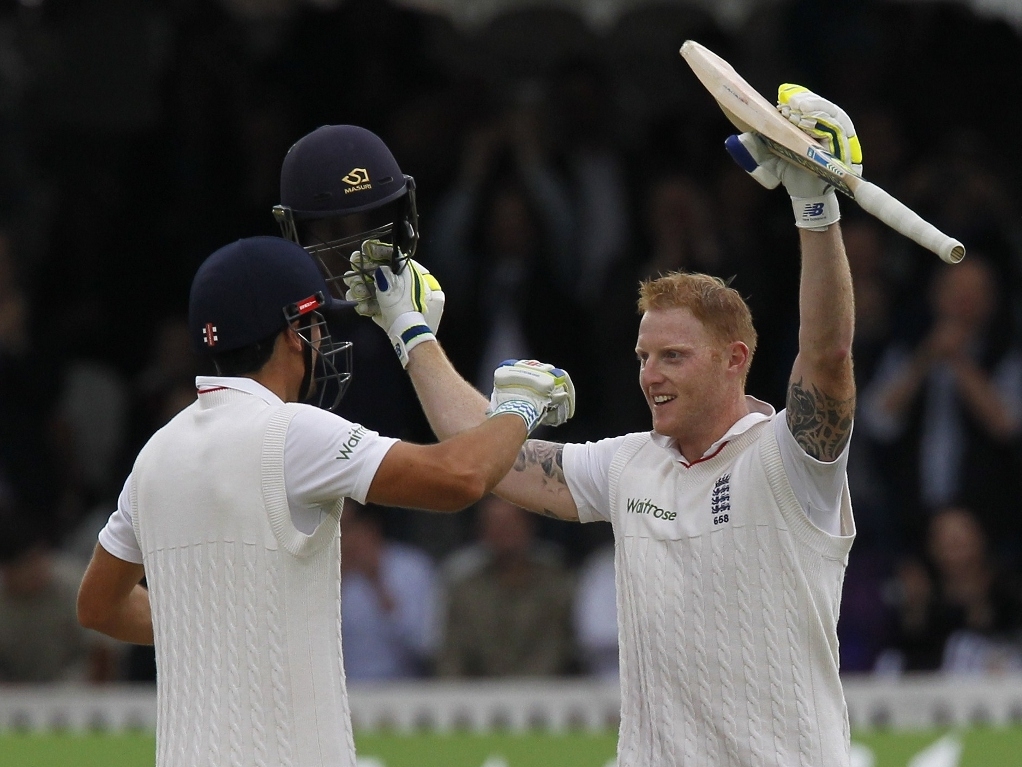 England captain Alastair Cook gave his critics the proverbial middle finger at Lord's on Sunday as he batted the whole day to reach stumps on day four on 153 not out, and help his side to a healthy lead of 295.

Day four belonged entirely to England as they reached the close on 429 for six, losing four wickets but also watching Cook and Ben Stokes, who made 101 at better than a run a ball, add nearly 400 runs on the day.

The hosts began the day two down on 74, looking in a bit of bother. Cook was on 32 and Ian Bell on 29. The latter could not add to his score, and gloom seemed to settle around the ground, heads in hands and England still 50-0dd runs behind.

But Cook and Joe Root put on 158 for the fourth wicket, salvaging the knock as New Zealand bowlers Mark Craig and Corey Anderson were given a bit of tap, the spinner bowling poorly in light of the requirements.

Root was out for an agonising 84 though, falling just short of his century for the second time in the game. Forgivable though, given England might have lost by now if not for his efforts on day one.

This left Cook to continue with Stokes, promoted up the order again, and the Durham man flayed his former countrymen to all parts. His fifty came off 57 balls and he accelerated after that, his ton coming off just 87 deliveries.

He was unable to capitalise and fell for 101 to Craig, soon followed by Jos Buttler for 14, but Cook held steady. He and Moeen saw out the evening session and put on 40 runs in the final 17 overs, not needing to blaze away thanks to Stokes' earlier efforts.