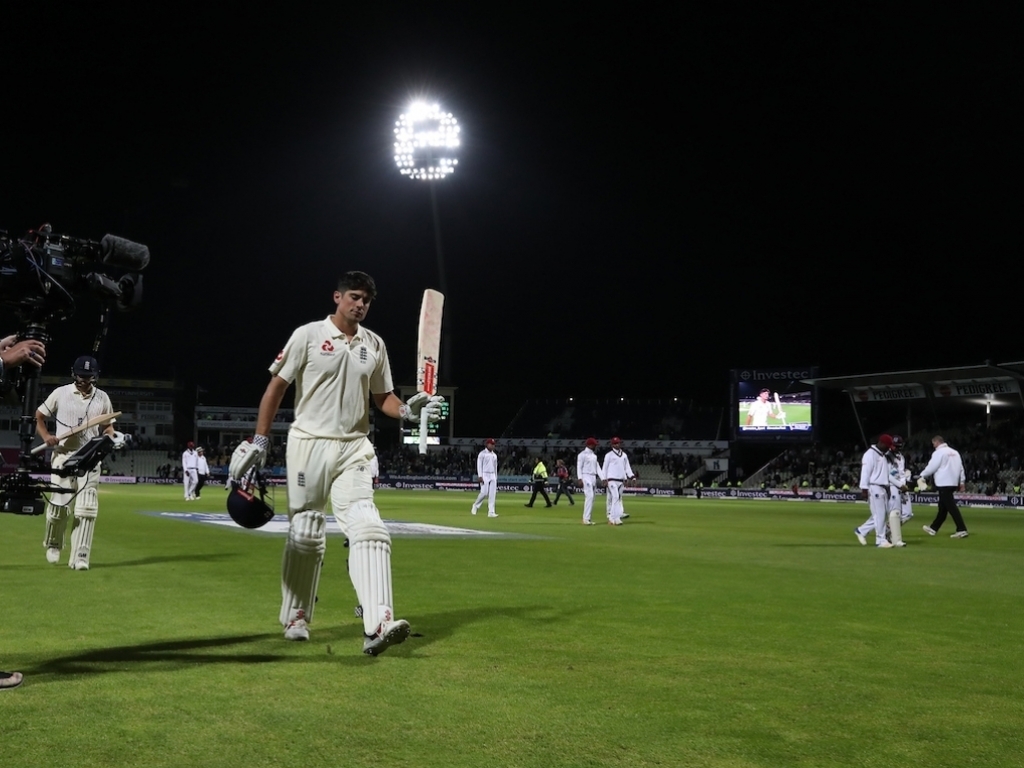 A fourth career double ton from Alastair Cook helped power England to 514/8 declared with the West Indies reaching 44/1 when rain put an end to day two of the first Test.

Cook and overnight partner Dawid Malan came within a few balls of getting to lunch unscathed but the latter would nick off to Roston Chase for 65.

Malan has bought himself some breathing space with this fifty but it was far from an impressive display.

Cook’s grit provided England with a pink ball blueprint with his score, barring the Joe Root ton on day one, standing head and shoulders above other efforts.

Chase proved the most effective West Indies bowler on day two claiming the wickets of Ben Stokes (10) and Moeen Ali (0) before making Cook (243) his fourth victim which triggered the declaration just before tea.

The West Indies lost Kraigg Brathwaite before the tea break with the opener’s footwork letting him down as he prodded at a full ball outside off from James Anderson.

The England bowlers would have given the West Indies some encouragement with their flaccid display in the abbreviated final session, with Stuart Broad particularly wayward.

The West Indies trailed England by 470 runs at stumps with nine wickets in hand.

The visitors will know that if they can see off the new ball then occupying the crease should become a whole lot easier.